Gluing metal? You would imagine that a broken metal object would need to be welded back together. Not necessarily. These damaged printing plates were made whole using glue—though not the stuff you used in grade three.

A treasure trove of artifacts

Having recently blogged on the conservation of a 19th century printing press, it seemed appropriate to write a blog on the conservation of printing plates that may very well have been used on this press. In May 2013, the Museum acquired for its National Currency Collection more than 650 engraved steel dies (printing plates) from the British American Bank Note Company. (Read more about this acquisition.) 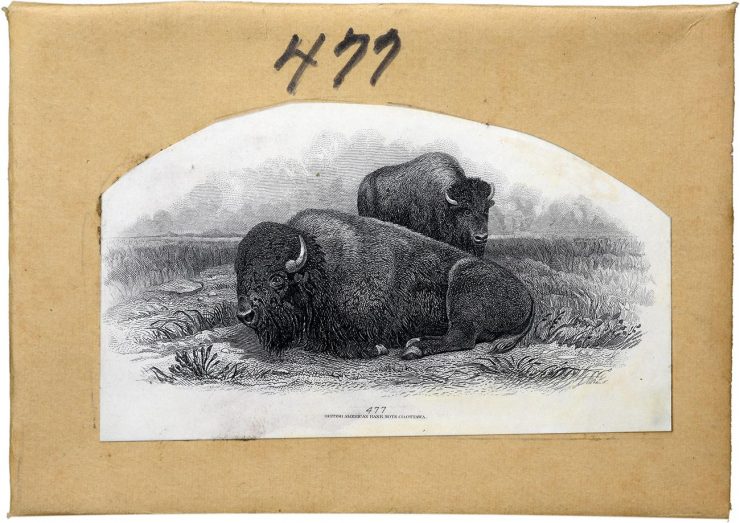 The print dies were in envelopes with sample prints glued to the front. Nobody had much of an idea of what condition the plates themselves were in. Die, printing, British American Banknote Co., Canada, 1905

But, we couldn’t place the dies in storage straight away. There were assessments to be made, labels to be detached and a little clean-up was called for. Each die was wiped down with mineral spirits and soft cotton swabs to remove a dark, greasy substance that covered the surfaces—evidence of their past use as security printing plates. During this cleaning process, we discovered that eight dies were broken in half, likely from past printing activity. After further evaluation, we decided to repair the breaks. 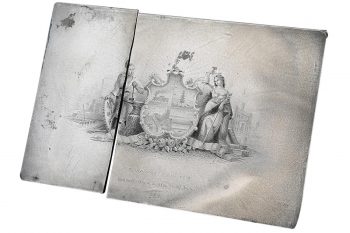 This engraving of an early coat of arms for the City of Ottawa highlights labour alongside government. Die, printing, British American Banknote Co., Canada, 1875 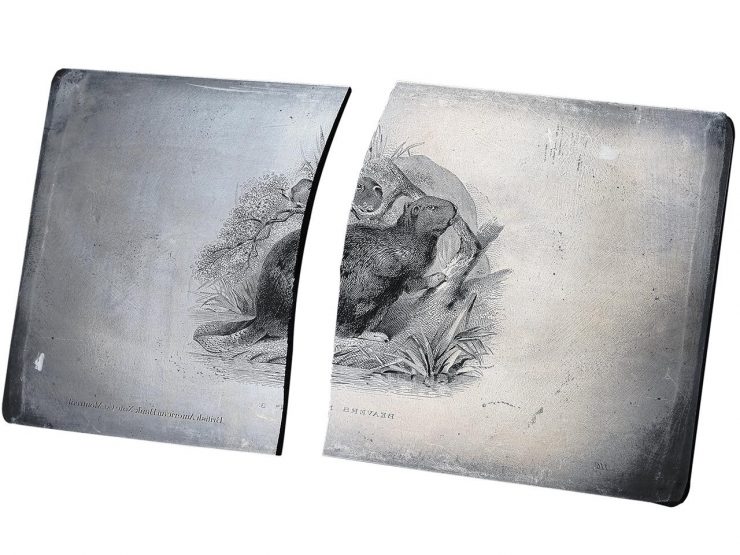 Artifact preservation is the non-invasive act of minimizing and preventing future damage or deterioration. Artifact conservation has the same goal but with the addition of hands-on treatments such as cleaning and repairing.

In heritage conservation, broken metal objects can be reassembled with an adhesive most commonly used for repairing glass and ceramics. This adhesive, known as HXTAL, is a two-part epoxy resin which, through a chemical reaction, hardens after mixing. It works well with dense materials as it creates strong, tight bonds and has the added benefit of neither swelling nor discolouring over time. 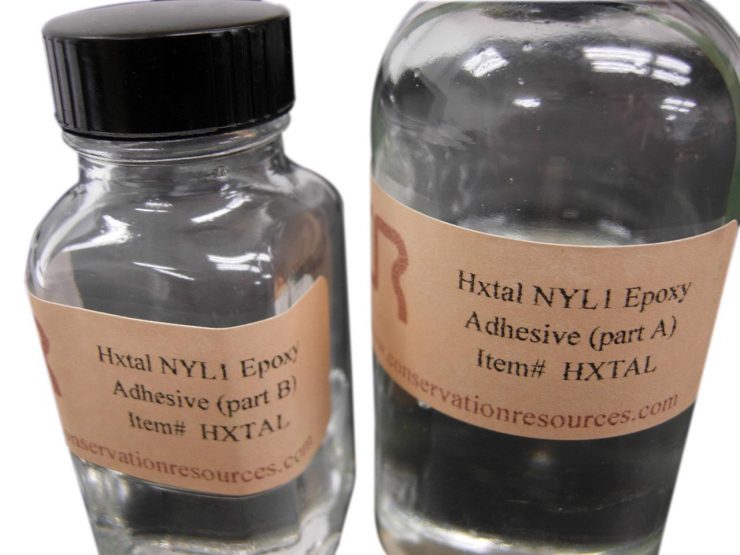 HXTL is called “hextal” by conservators. Unlike the two-part epoxy from the hardware store, HXTAL is a very thin liquid. 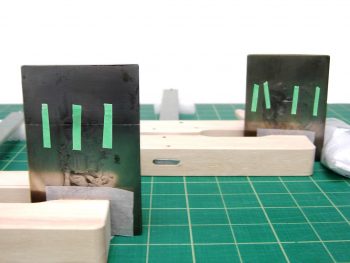 No, the plates weren’t taped together; just held together while the adhesive cured.

Each die was reassembled, held together with thin strips of painter’s tape and then placed upright in clamps. Small drops of HXTAL were then applied along the break with the tip of a wooden stick. Capillary action then draws the glue into the break. The next day, any remaining adhesive was removed with swabs and wooden sticks lightly dampened with acetone. This is important because after 24 hours, HXTAL will become too hard to be removed without the potential of damaging the object. The dies were then left in the clamps for an additional week until the adhesive had fully cured. The final step was to create custom mounts for each die to ensure they are properly supported while in collection storage.

The plates may now be re-assembled, but could never be used for printing again.

It is both our pleasure and our duty to preserve items such as these dies for the future. They are a glimpse into our economic and social history as well as into printing traditions that reach back nearly 600 years.

The size of the 1-cent coin was reduced to save on the cost of copper. At the same time, there were proposals to mint Canadian coins out of cheap and abundant nickel.
Content Type(s): Blog Subject(s): Collection