How’re We Doing So Far?


Really well, as a matter of fact 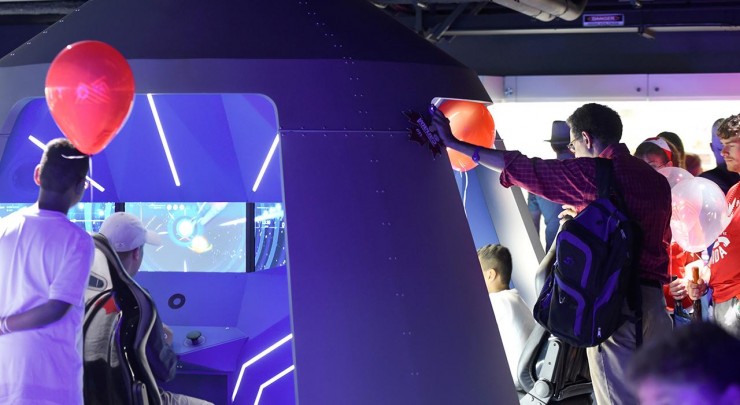 “Key performance indicator.” That’s business lingo for measuring how well we’re doing. Unlike many of the Bank’s departments, it’s easy to measure the Museum’s success: visitor numbers. Not to brag (Ha, who am I kidding?) we had 2,823 people visit the Museum on Canada Day. The following Sunday and holiday Monday yielded a further 933 and 756 visitors, respectively. Visitorship has stayed extremely healthy since then, averaging between 350 and 400 visitors a day. For the month of July and the first three weeks of August, that adds up to just over 25,000 visitors (wow). As an unfair comparison, the Currency Museum (as the Museum used to be called) pulled in just under 9,000 visitors for the same period in 2012. I say “unfair” because Ottawa had an unprecedented influx of tourists this summer. There was just so much going on. One day this month we recorded a whopping 902 visitors when “La Machine” roared through the neighbourhood. So, it would seem that when a giant, fire-breathing mechanical dragon-horse battles a two-story-tall spider near the Museum, it’s a boost for our attendance numbers. Or maybe it was our fine display of share certificates that was the draw. There’s just no way to tell. 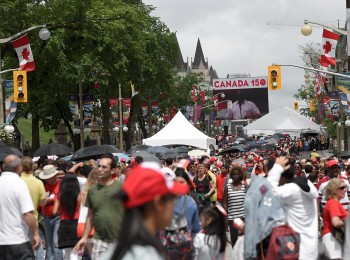 We could not have been better placed to take advantage of the huge Canada Day crowds. 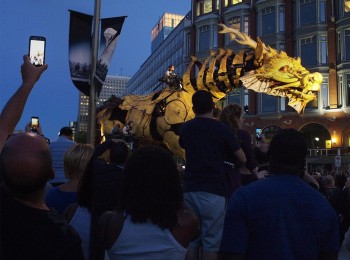 "La Machine", the French street theatre and animatronic beast-makers, presented one of their spectacular shows in Ottawa this summer.

Complicating these straightforward statistics is the attendance we recorded at our information kiosk on both Canada Day and Colonel By Day. Together, the two events drew 4,300 people to the kiosk. If you add this to the visitors in July, nearly 30,000 people (from all over Canada and the world) know we are here and have taken an interest in us—if only a mere 25,000 actually visited the Museum. It’s all good, and we couldn’t be happier with our first few weeks of business. 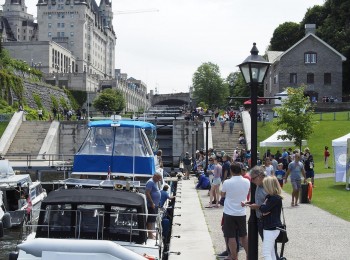 Colonel By Day. The Rideau Canal is still a big attraction. Our booth is up behind the Bytown Museum on the hill. 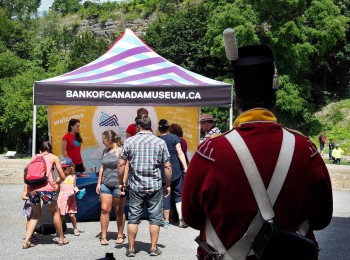 The military presence at Colonel By Day was purely of the historical re-enactment variety. 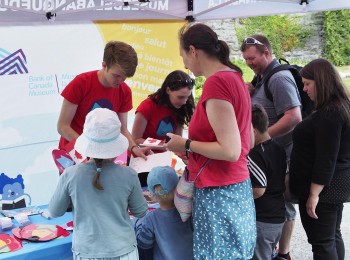 Once again, the temporary tattoos were amazingly popular with kids.

One key feature of the Museum was not available during these few weeks: the gift shop. Every museum needs a gift shop; it’s a traditional part of a family visit, but ours wasn’t going to be ready for opening day. We opened the doors at 10:00 on August 22. OK, it wasn’t Black Friday at the mall, but a very respectable number of visitors perused the items on the shelves on what turned out to be a miserably rainy day. We hit our targets on the following two days.

So, what’s the key performance indicator for the gift shop? To have a respectable day, the number of transactions should equal 8 per cent of the number of visitors to the Museum. This sounds pretty paltry, but the gift shop is not mandated to turn a profit. Its purpose is more closely related to the Museum’s mandate. The gift shop is a last chance for visitors to ask questions and to solidify or broaden their experience. It’s one more space for conversations about the Bank and the economy and is considered an “experience augmentation.” However, we still want you to buy stuff! 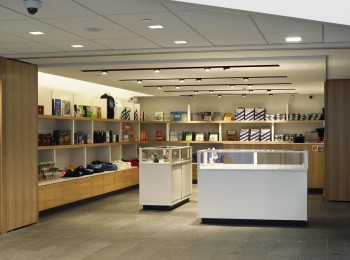 The only cute stuffed animal you can buy here is one seen on our money. We don’t sell monkeys or bunnies. 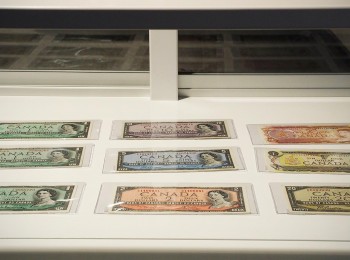 We’ll even sell you some used money. 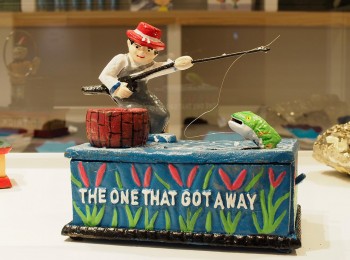 The priciest things in the shop are these hand-painted, cast-iron mechanical coin banks.

I will say again just how happy we are with our first few weeks of operation. The good reviews are rolling in, and we’re already well on our way to meeting our visitorship targets for 2017. Yay! 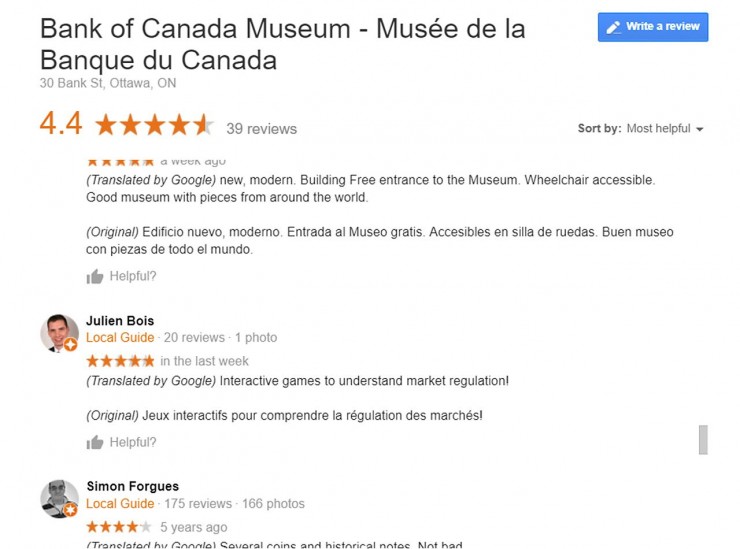 The worst review we saw was one star from a guy who reviewed us in May. Not bad for a closed museum!