Is That Blitzen on Our Quarter? 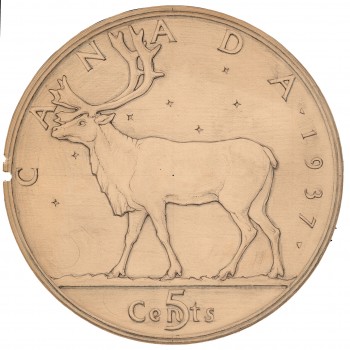 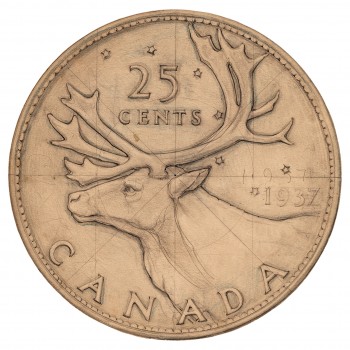 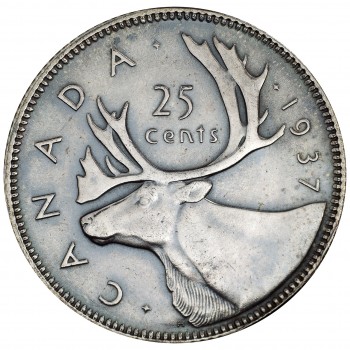 A Hahn quarter from the first issue of 1937 is virtually identical to today’s quarter design. This coin, however, is made predominantly of silver. (NCC 1997.18.1)

Well into my adulthood, I had assumed that the noble beast gracing the reverse side of our quarters was a moose. Clearly, I was not a terribly observant coin collector. I don’t know how old I was before a closer inspection had revealed to me that it was, in fact, a caribou. I am surprised that Emanuel Hahn, the designer of our quarter, (and dime and former silver dollar) didn’t choose the more popular moose. Perhaps, in 1937, the caribou was the more fashionable ungulate and the moose has only recently become iconic. Certainly the moose is now king of the Canadian souvenir T‑shirt—when was the last time you saw a cartoon caribou in a Mountie uniform? 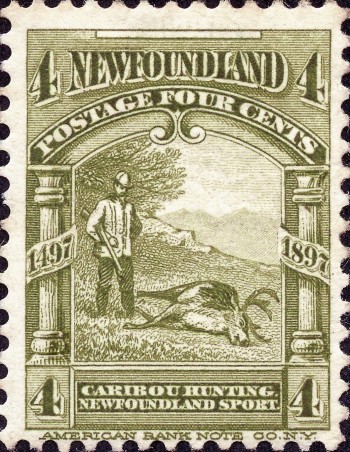 Unfortunately, the caribou were hunted nearly to extinction in Newfoundland and moose were introduced there in 1904. This 1897 Newfoundland 4¢ stamp promotes sporting tourism.

So how does this translate into a holiday blog? Well, DNA research by biologists has revealed that though they have always been considered different animals, the North American caribou and the European reindeer do in fact belong to the same species. They are cousins to one another, separated by the rising waters of the Bering Strait following the last ice age. In their long separation, they evolved quite differently. 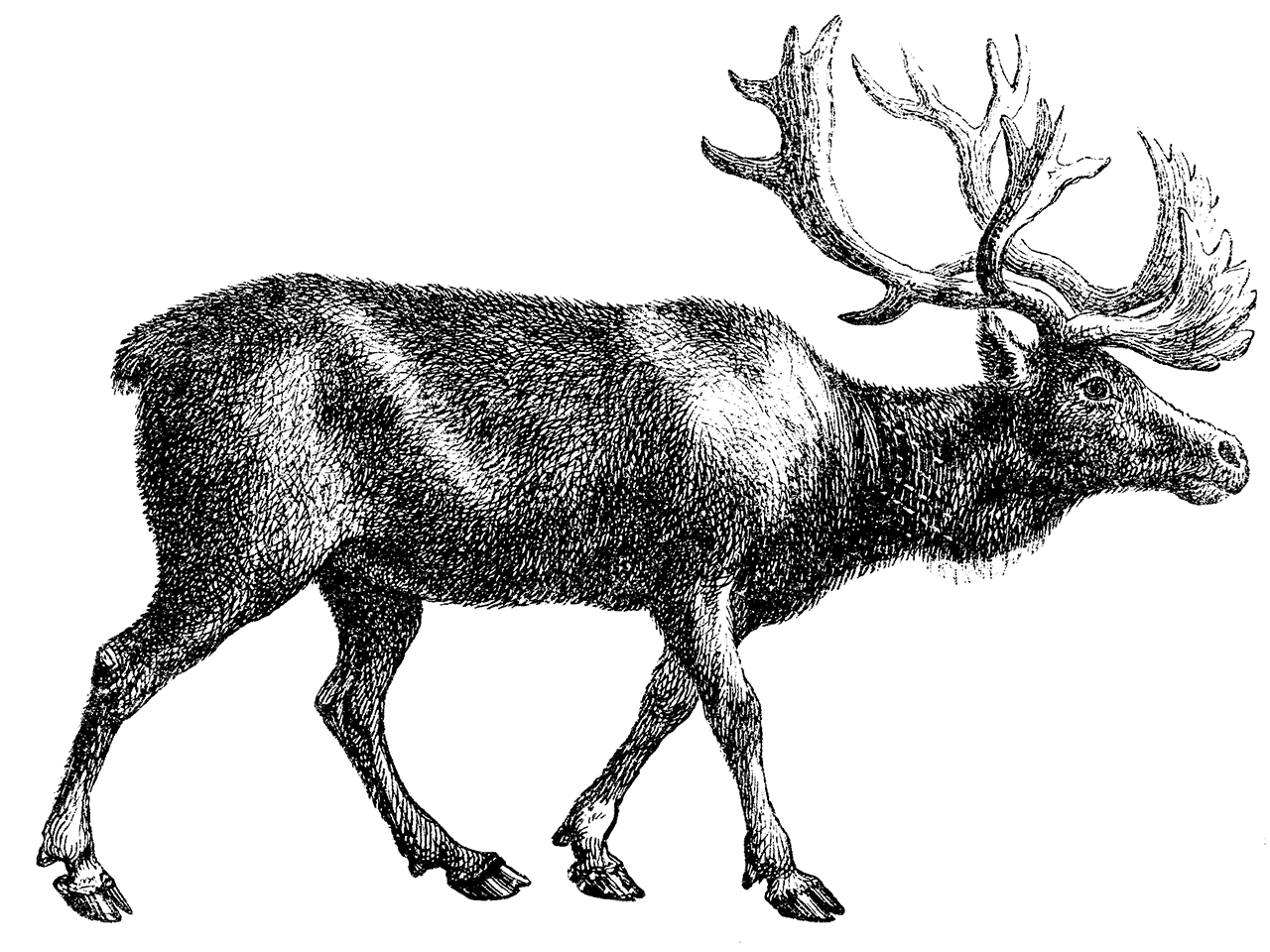 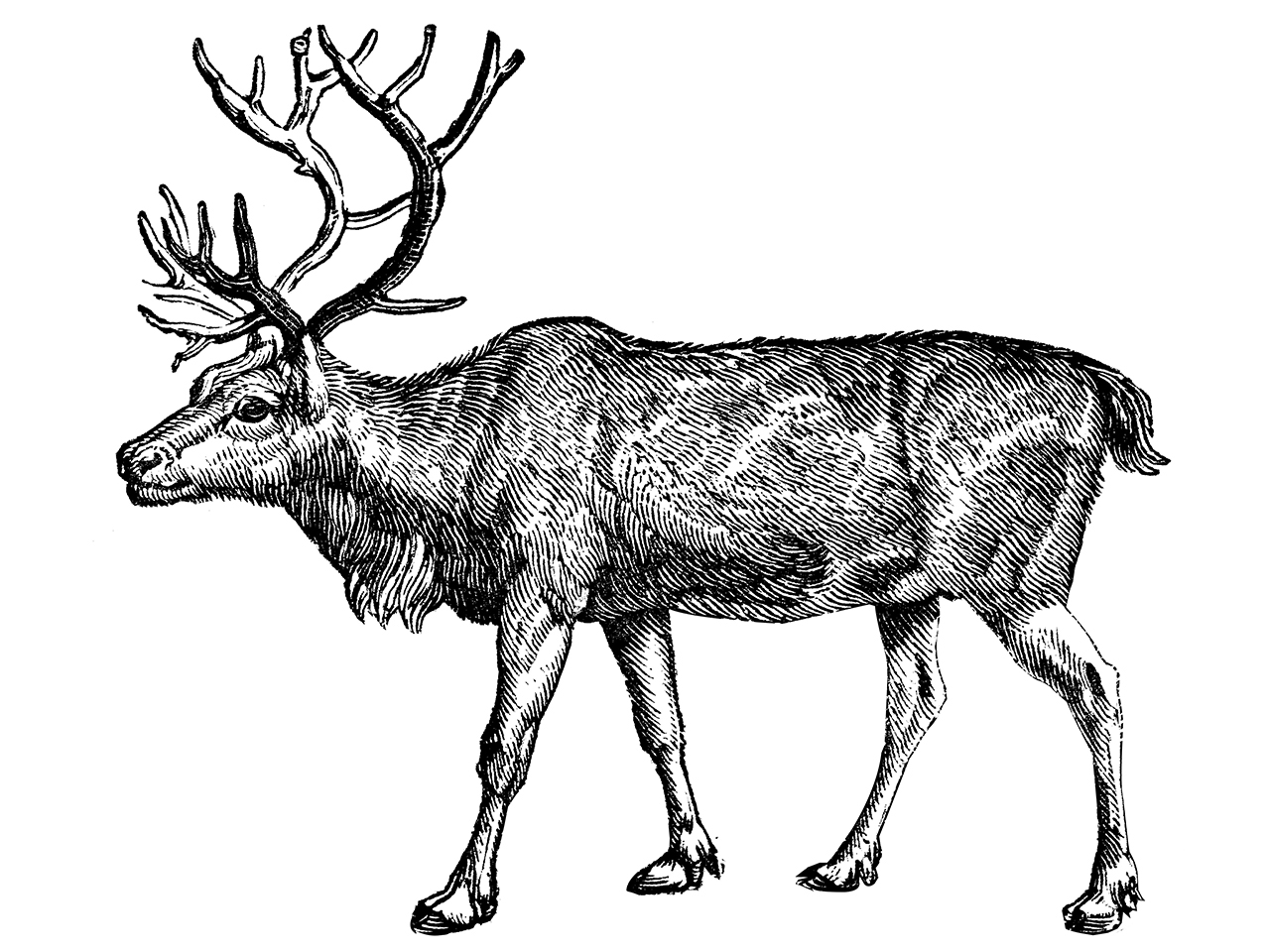 Although neither variant of the species is currently known to fly, oral traditions from Western Yuletide celebrations speak of just such a thing: an overweight man (or elf—sources disagree) with a large sack of toys travelling in a flying sleigh pulled by eight reindeer. Or are they caribou? In a press release from the journal Physiological and Biochemical Zoology, Dr. Perry Barboza from the University of Alaska suggested that young caribou are more suited to this annual feat than are reindeer.

“Calves entering their 1st winter have the greatest power-to-mass ratios, because their legs are proportionately longer and their body is leaner than those of adults… What has been reported in sightings as ‘eight tiny reindeer’ are therefore likely to be young caribou.”

So next time you pull out a fistful of quarters to feed a parking meter or to do your laundry, you might stop to think about the animals that really may have pulled that flying sleigh: eight juvenile, North American caribou. 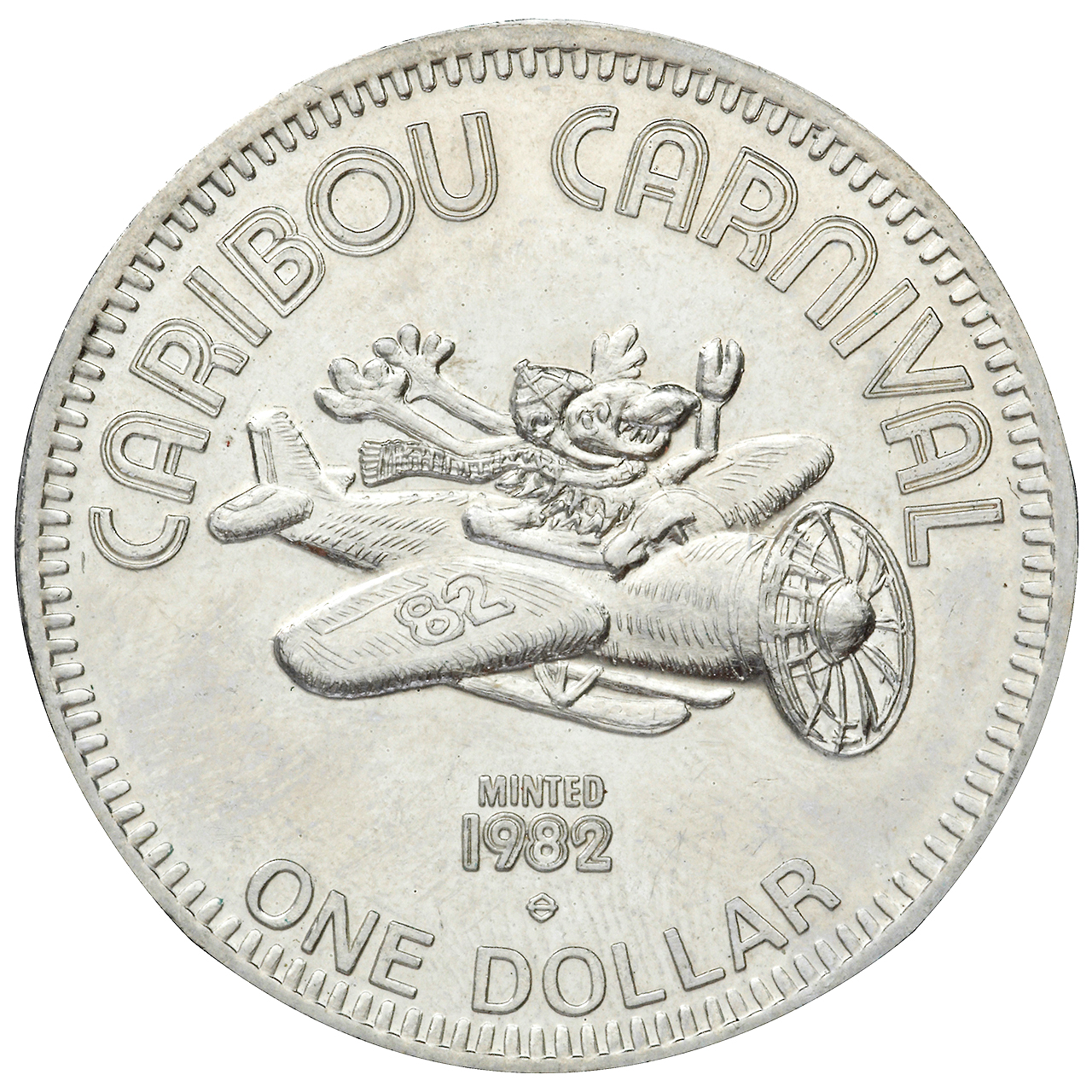 This is the only way a caribou is likely to fly—though not as a pilot. A trade token from the annual Caribou Carnival in Yellowknife. (NCC 1985.15.26)

We’ll be taking a break until early January, so happy holidays from the Bank of Canada Museum—and a happy and prosperous 2017!