The iconic Sandy McTire has appeared on many issues of Canadian Tire coupons. On the newer issues his portrait was moved to the right side of the note. Canadian Tire Corporation, 10 cents, coupon, 1961. (NCC 1966.160.2816)

My dad loved shopping at Canadian Tire! It had all sorts of items for the DIYer or handyman—everything he needed to fix his car, repair a toilet, replace a burnt-out light bulb. When I was a kid, I liked going to Canadian Tire with my dad because he gave me the Canadian Tire money that he would receive along with his change. Perhaps to him the low denominations were insignificant and he couldn’t be bothered to save them. But to me, saving Canadian Tire money was pretty cool; especially since I was too young to handle real money. I was about 9 years old, I guess, before I had managed to save enough Canadian Tire money to buy a bike. It cost around $60. At the cashier, I pulled out an enormous wad of mostly 5, 10 and 25 cent bills (with the occasional dollar). With such large stack of bills bulging out of my pockets, I felt rich!

Although I’m a numismatist and career curator of a currency collection, I have never collected Canadian Tire money. Yes, there is a club of Canadian Tire money collectors called the Canadian Tire Coupon Collectors Club (CTCCC). It was founded in 1990 and has members across Canada and the United States. I’m not sure how many members there are, but it’s a thriving club with a quarterly publication, a website and an active meeting schedule. Its mascot, if you will, is Sandy McTire. The Scottish tam-sporting, tartan scarf-wearing, handlebar moustachioed chap has graced the face of Canadian Tire coupons—they’re actually coupons, not currency—since the late 1950s. He was supposed to represent a thrifty Scotsman, “the 1950s everyman of blue-collar Canadian,” to quote Wikipedia. For a non-collector who simply liked to save Canadian Tire money in order to buy something with it, I never really paid much attention to Canada’s most famous and recognized rewards program, nor its long history. 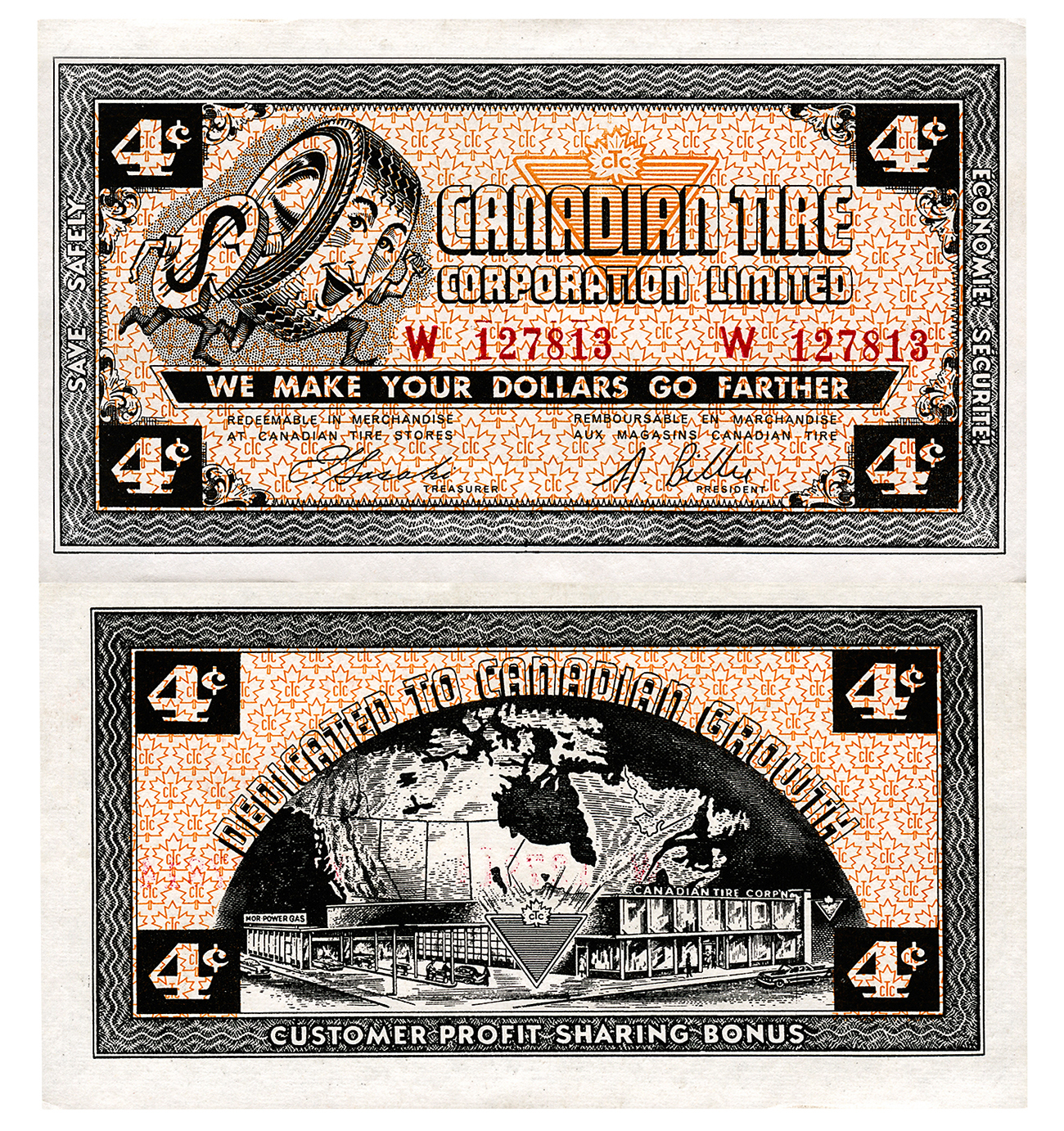 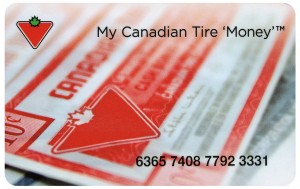 The name “My Canadian Tire Money™”, ironically uses the term “Money”. The coupons were never officially money, but that was what people called them anyway. Canadian Tire Corporation, rewards card, 2015. (NCC 2015.47.1)

Now it would appear that this long history will soon be another memory of my childhood. Back in 2012, the Canadian Tire Corporation (CTC) piloted a new program with a loyalty/rewards card and key tag that would allow patrons to accumulate Canadian Tire rewards points as an alternative to receiving the iconic cash‑like coupons.

In fact, Canadian Tire money is printed by Canadian Bank Note Company, the same security printing firm that prints Bank of Canada notes, Canada’s legal money. Even though I never really had an attachment to Canadian Tire money, apart from spending it, I am somewhat saddened to think that this part of Canadiana, one that even passed for real money at one time, will become extinct and replaced by yet another rewards card. I guess you can’t stop progress. And companies like Canadian Tire Corporation are constantly being challenged to find ways to cut costs and remain profitable. It is not clear exactly if or when CTC will stop issuing Canadian Tire money but, nevertheless, it will impact those that actively collect it or spend it.