The 1954 series: The artwork of Charles F. Comfort 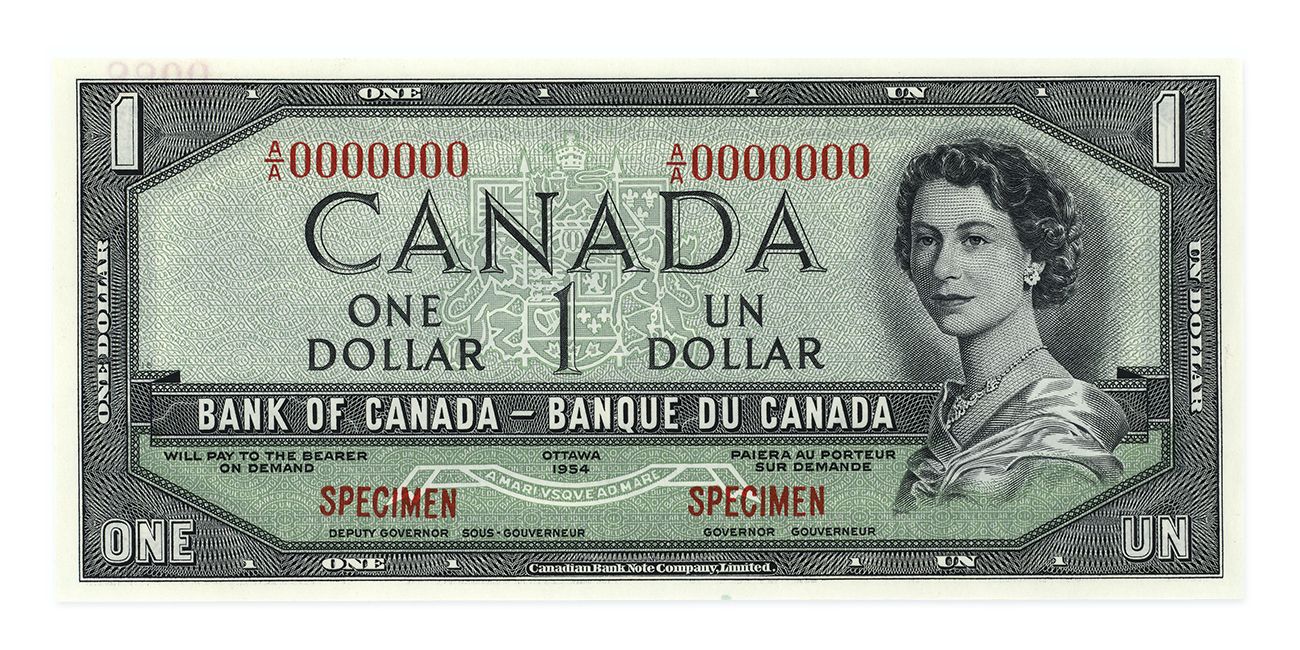 The Charles F. Comfort designed note series had identical faces but for colours and denominations. (NCC 1965.043.01.00) 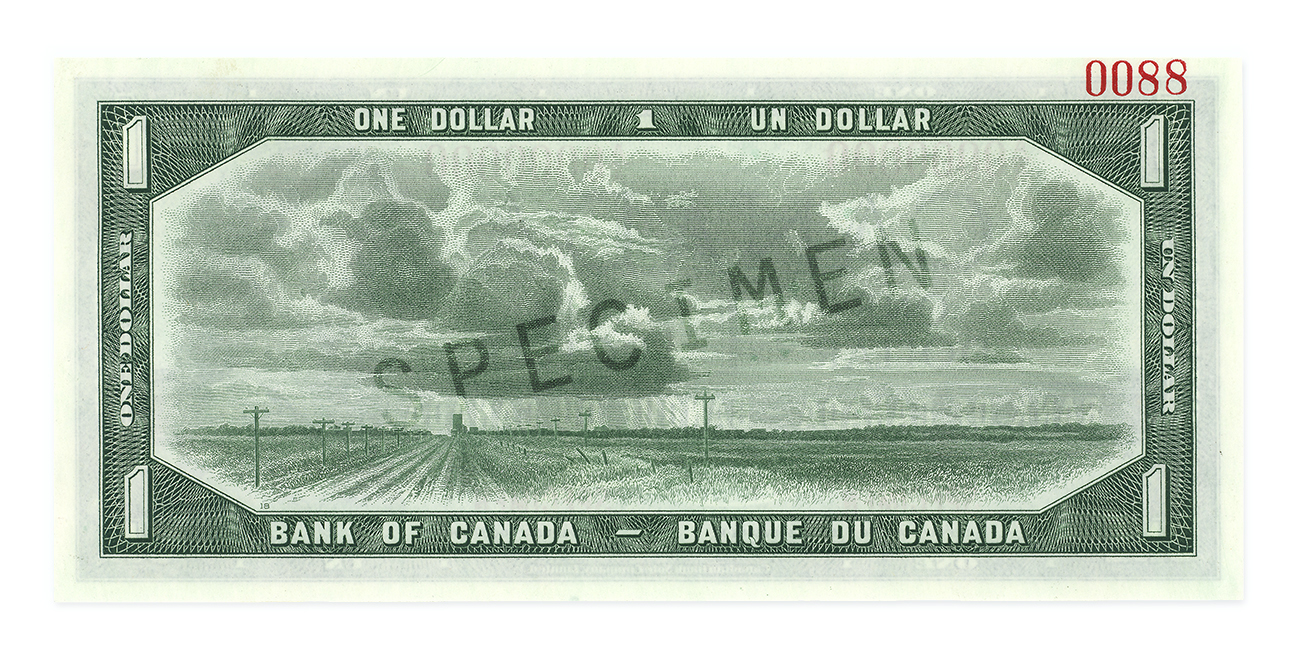 Queen Elizabeth II was crowned at a time when the Bank of Canada was in need of new bank notes. It was an excellent opportunity for a re-design. Until that time, Canada’s bank notes had been designed by the companies that printed them. But in 1952, the Bank took the unprecedented step of approaching a prestigious artist to provide design ideas for their upcoming note series. They hired Charles F. Comfort. 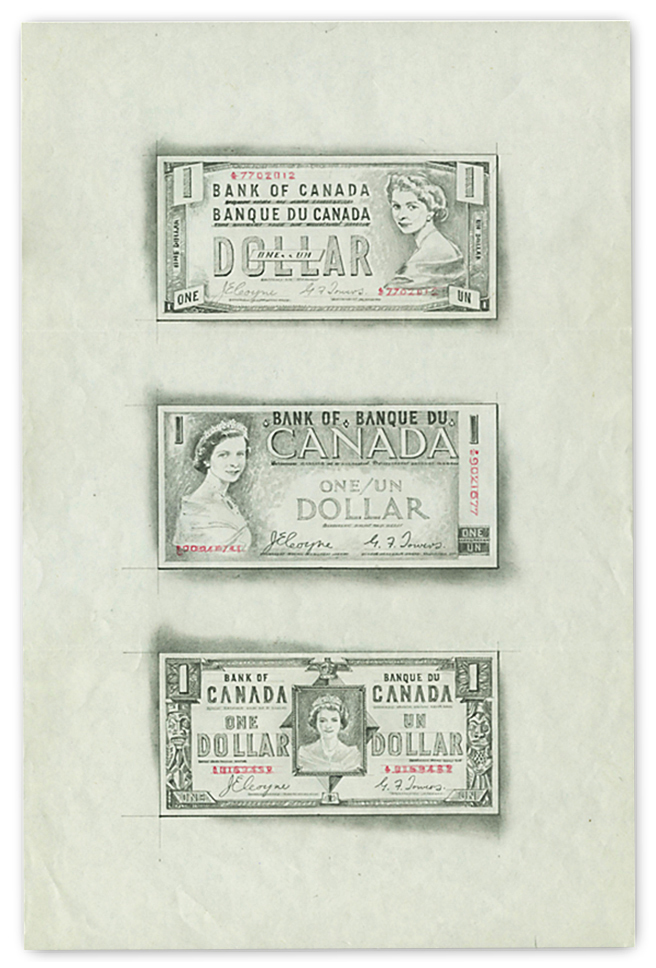 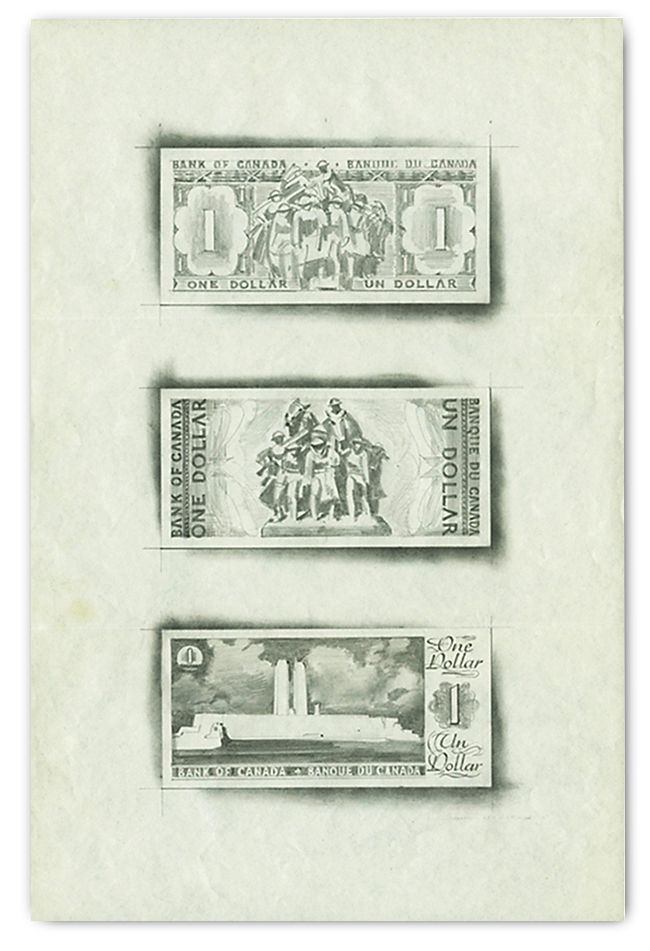 Charles F. Comfort was born in Edinburgh, Scotland in 1900. In 1912, his family moved to Winnipeg where, two years later, Charles began working as an apprentice artist at a large commercial studio. In 1916, Comfort attended the Winnipeg School of Art and later the Arts Students League of New York. Throughout the 1920s and 1930s he built his skills as a landscape painter and established a reputation as a mural artist. From 1935 to 1938, he taught at the Ontario College of Art. He was also given a teaching position at the University of Toronto in 1936; a post he held, apart from his time in Europe as a war artist, until 1960. He was Director of the National Gallery of Canada from 1959 to 1965 and made an Officer of the Order of Canada in 1972. Comfort passed away in 1994.

During 1952, Comfort produced a number of pencil and watercolour design models for the face of the new notes. Some were updates of the traditional style while others were radically modern treatments. The final face design was an assembly of traditional intaglio features organized in a clean and simple modern style with rich background tints. Comfort was ultimately responsible for the typography design and the composition. 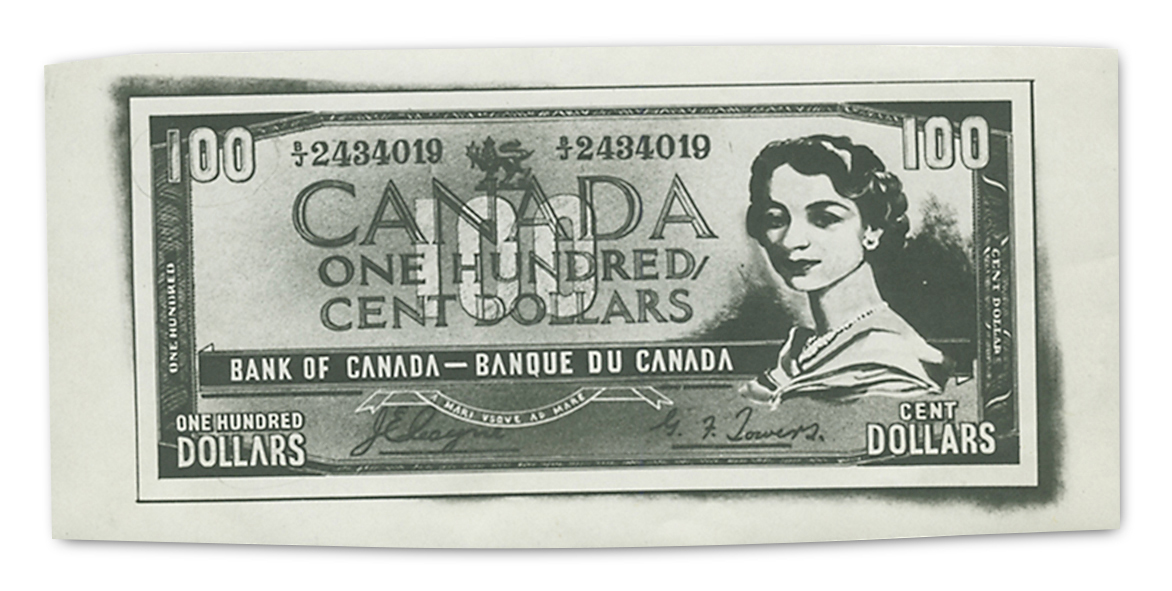 An early Comfort pencil sketch of what would become the chosen design direction for the face of the series. (NCC 2009.014.062.000) 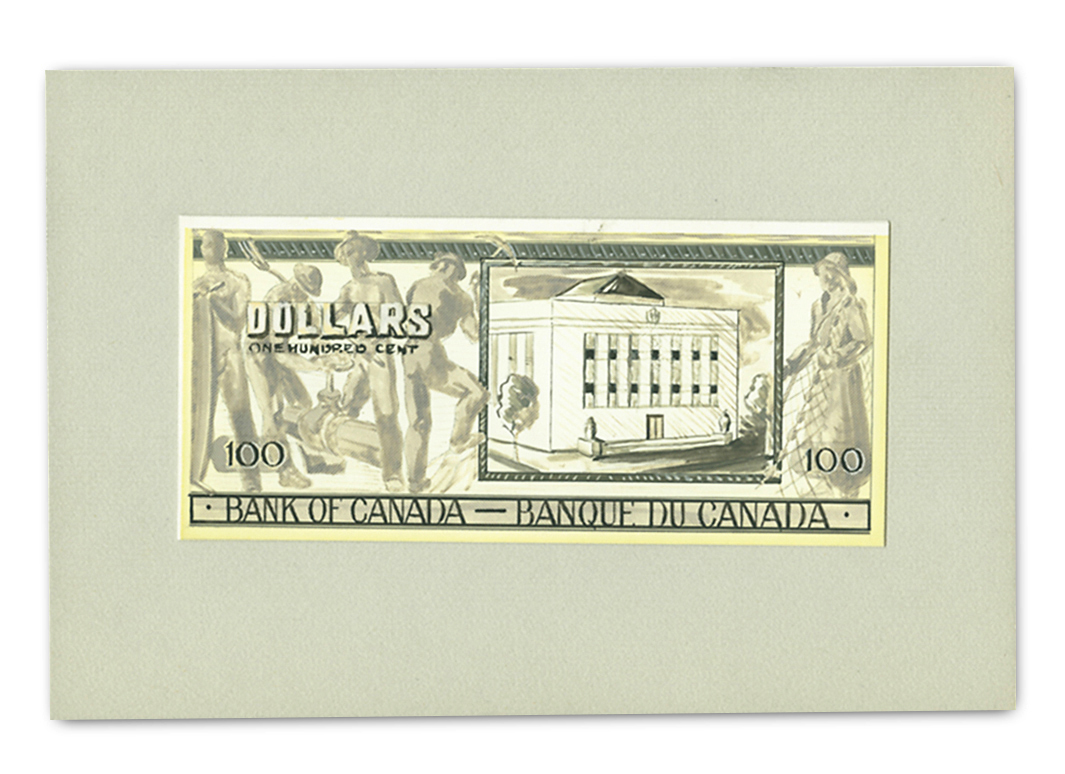 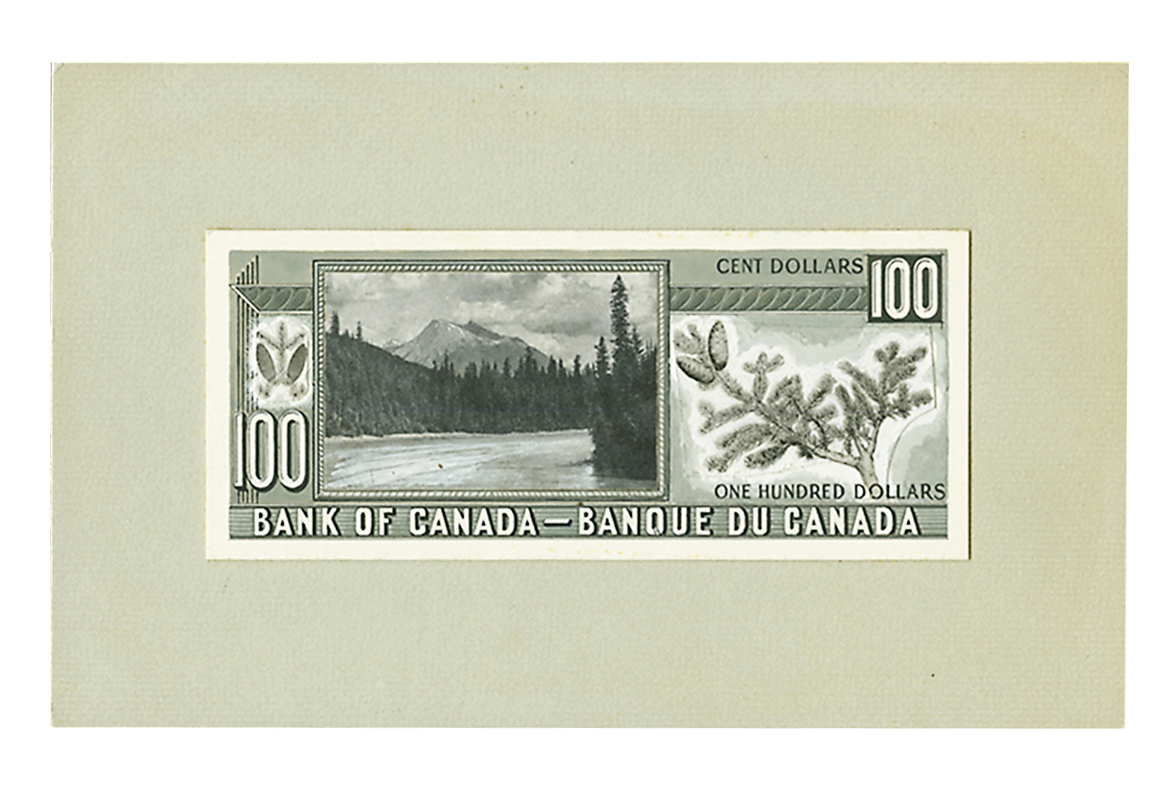 The back of the notes was a more contentious endeavour. Comfort proposed several ambitious designs, some of which featured war memorial subjects and others with an ornamental background of coniferous branches with a scenic insert. Both the war memorial and the coniferous branch concepts were abandoned early-on in favour of a simple composition that mirrored the face design with a single, full-width landscape vignette. 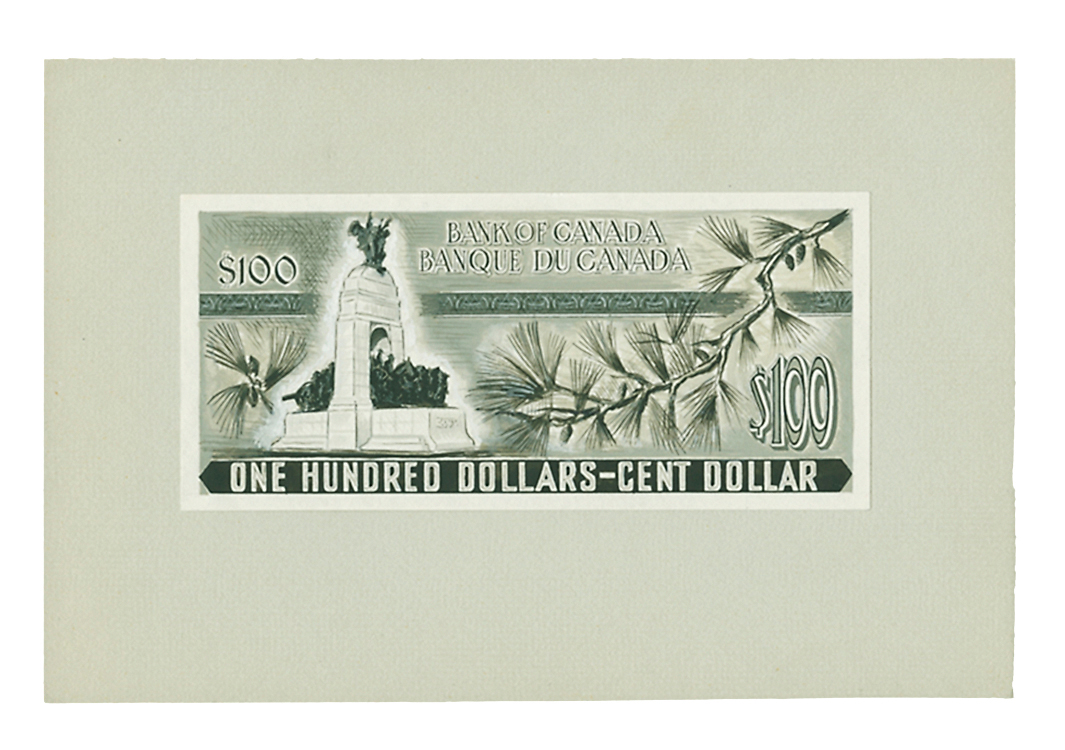 The Canadian 1954 series stands out as some of the most beautiful bank notes ever produced. For a man with a reputation as a mural artist, it is ironic that Comfort’s bank note designs can arguably be considered his most popular works. After all, during the 1950s and 1960s, everyone carried a Charles F. Comfort piece in their pocket. 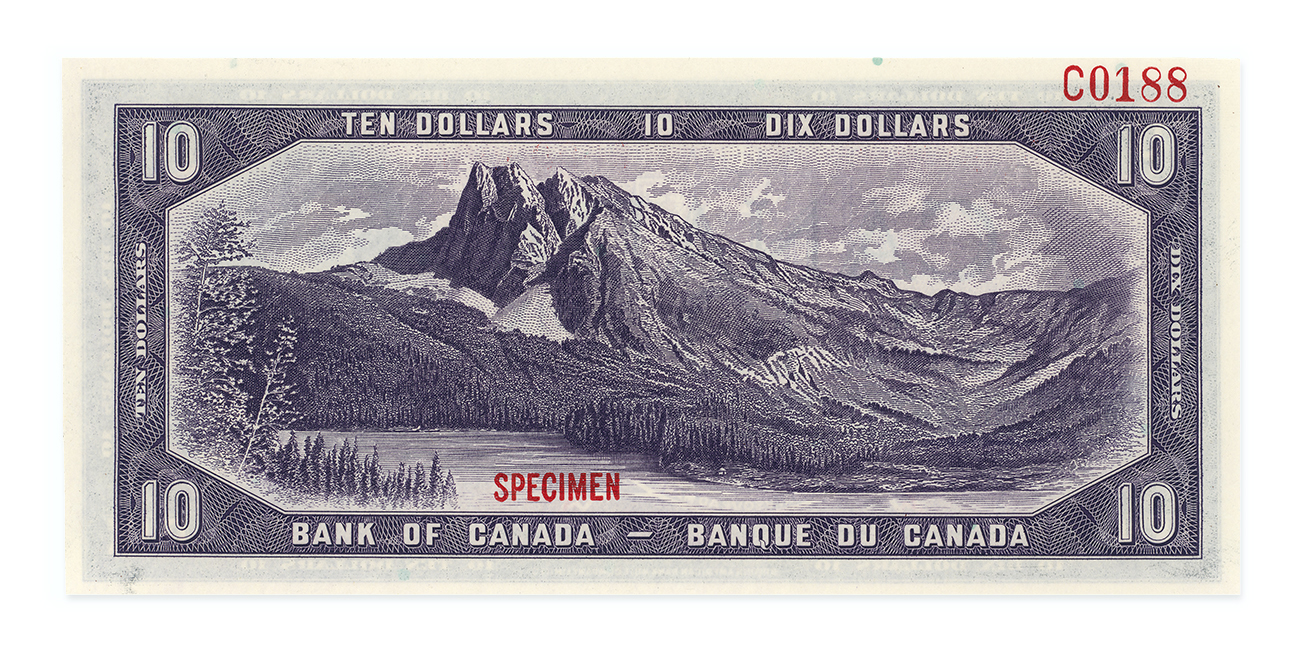