The Canadian financial system of today is diverse; it includes participants ranging from institutions like the Bank of Canada, chartered banks and credit unions, to markets and payment systems. A little known but once prolific system member was loan and building societies. These firms made loans for the construction or purchase of property against mortgages as collateral. They also held savings accounts for clients. Originating in Eastern Canada in the 1840s, loan and building societies gradually spread across the nation so that by 1905 there were 84 such firms in 5 provinces: British Columbia, Manitoba, Ontario, Québec and Nova Scotia. Along with insurance and trust companies, they dominated mortgage lending until 1954 when Canadian banks were allowed to loan money on real estate. Recently, the National Currency Collection had the good fortune to acquire share certificates from three such companies in Toronto. Their stories follow… 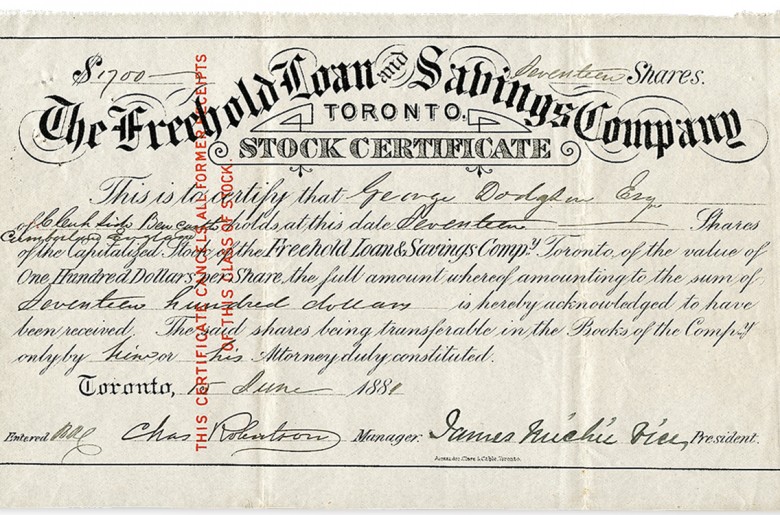 Located at the corner of Church and Court Streets, later at Adelaide and Victoria and finally Bay Street, The Freehold, Loan and Savings Company started business in 1859. It was a public company with a branch office in Winnipeg and a capital of $839,680 in 1885. In 1900, the company merged with several other firms to become the Canada Permanent Mortgage Corporation. 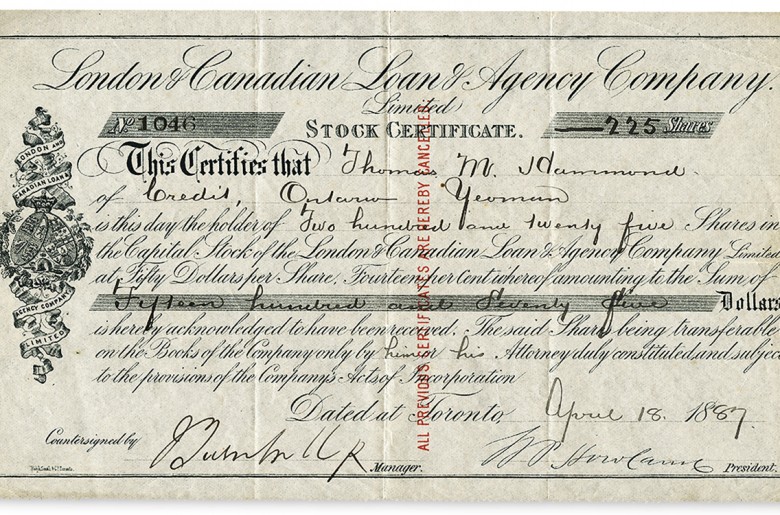 The London & Canadian Loan & Agency Company started business in 1873. Located at 44 King Street and later on Bay Street, by 1885 it had a paid up capital of $560,000. By 1901, this number had increased to $1,000,000. The President, Sir W. P. Howland, was a well-known Toronto businessman and politician. He served as Minister of Inland Revenue from 1867–1868 when he was appointed lieutenant governor of Ontario. In 1921, the company was taken over by the Canada Permanent Mortgage Corporation. 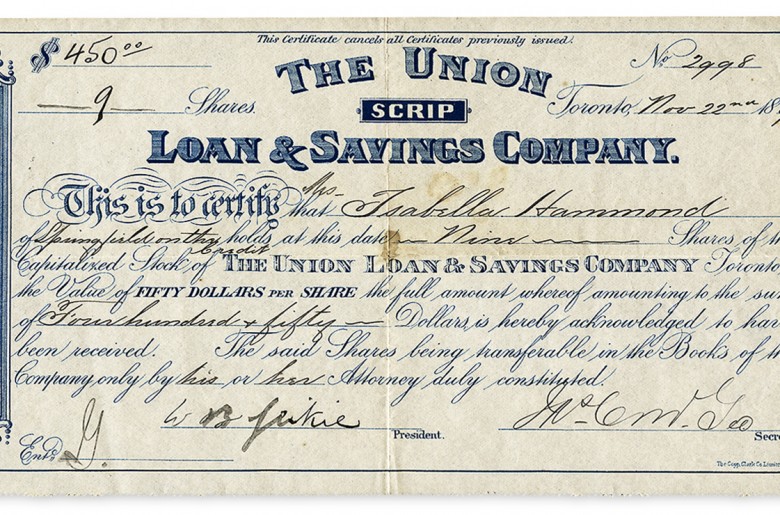 The Union, Loan &Savings Company was founded in 1863. During the 1870s its head office was located on Toronto Street beside the Masonic Hall. In 1900, it merged with the Building and Loan Association to become the Toronto Mortgage Company.