International commerce in the ancient world

The recent additions to the National Currency Collection described below are from very different parts of the world and are between 1500 and 2500 years old. It may not be obvious at first, but they reflect themes that are still important to us today. Globalization isn’t a recent development–international trade has been around since ancient times. And even then, people were worried about counterfeiting! 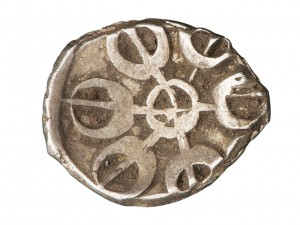 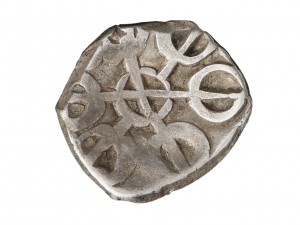 Many of us know about Afghanistan only from news reports. However, the country has a long and sometimes surprising history. In the first millennium BC, the region of northern Afghanistan and Pakistan was home to the Indian Janapada (kingdom) of Gandhara. At the crossroads of Asia and the Middle East, Gandhara was perfectly situated as a hub for trade and the export of cultures. We know that Gandhari merchants traded with Babylon and may have travelled as far west as Egypt and Ancient Greece.

These silver coins attest to the kingdom’s trade connections and wealth. The weight of the coins is based on an Indian standard, the satamana, that is also related to the Babylonian shekel. The smaller stamps on the bar-coin are banker or merchant marks. These marks were probably made by someone testing the quality of the silver.

Although the Roman Empire in Western Europe was overrun by invaders, it survived in the East as the Byzantine Empire for over a thousand years. The eparchs, or governors, of cities such as Constantinople (now Istanbul in Turkey) were almost as important as the emperor himself. One of the eparchs’ responsibilities was to issue the official weights that merchants used to test coins–an early anti-counterfeiting measure. 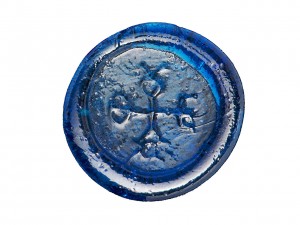 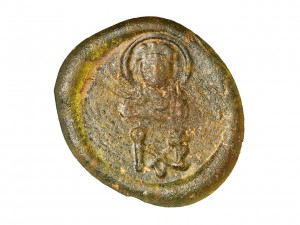 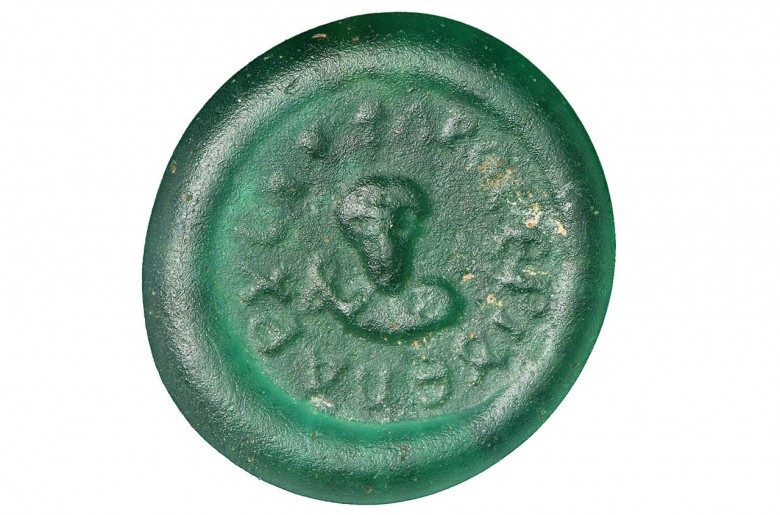 Glass Solidus weight of the Byzantine Empire from circa 6th century AD issued by Droserios. (NCC2014.33.1)

Some of these weights were made of glass. A blob of melted glass was dropped on a flat surface and stamped before it cooled. The same glass was used to make jewellery and delicate perfume bottles, so the weights come in a variety of colours. They all bear the name or monogram in Greek of the individual who issued them.