A little history on who signs the Bank Notes around here

For much of their history, Canadian bank notes have represented a promise, a guarantee that they could be redeemed for “specie” (gold and silver coins) at their parent institution. Like cheques, they required the signature of the issuer to make it negotiable. After the mid-19th century, the head of the issuing body (a bank) had his signature mechanically printed on the bank notes, traditionally on the right. On the left was an area for the signature of another executive (or even a senior clerk) who would countersign the bank note at the time the note was physically issued to the customer. The Finance Department authorized mechanically printed countersignatures in 1913, streamlining the process considerably. 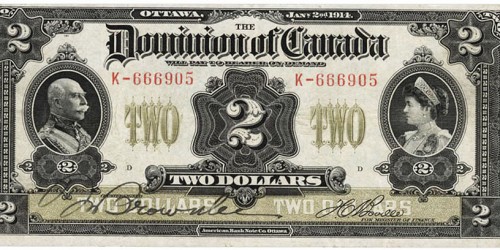 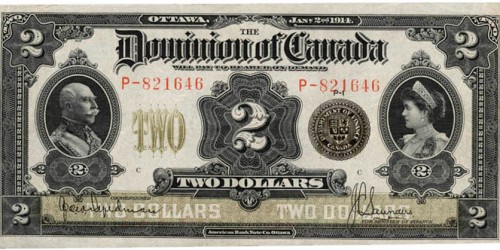 The Bank of Canada Act of 1934 states that all bank notes must be signed by two nominated officials (Senior Deputy Governor and Governor). It also decrees that it is not necessary for the signatures to be handwritten. However, a seal and a serial number must accompany the printed signatures. (although the seals disappeared after the 1935 series.) Over the years, those signatures have been applied using a variety of methods. In the case of the first 3 bank note series they were printed with a letter press: the original signatures were transformed into a steel stamp that was used to apply the signatures to the notes during a special print run. Signatures for later series were lithographed and incorporated into one of the printed layers of the note. The first Canadian lithographic signatures were on the Birds of Canada series $1000. 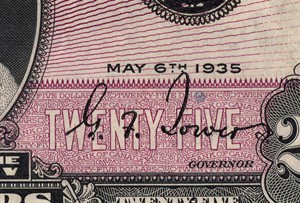 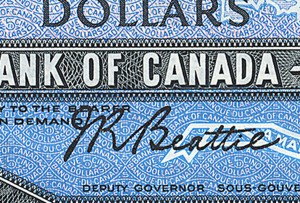 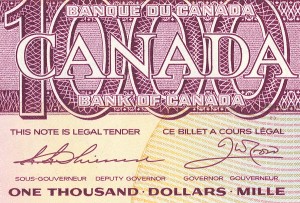 In the case of the current Polymer series the signatures are intaglio printed: a facsimile of the signature is engraved into a metal plate which is then filled with ink. The plate applies the signature to the bill. This past May we followed Senior Deputy Governor Carolyn Wilkins as she went through the process whereby her signature was printed on the nation’s bank notes. She began by inscribing her signature numerous times on a formatted sheet. From the assortment of signatures, one was chosen and scanned into a computer. The image was adjusted for clarity by a Canadian Bank Note Company designer. The designer then incorporated the signature into a digital image of a new bank note, producing a test print called a proof. Wilkins was later brought back in to approve—interestingly, to sign off on her signature. 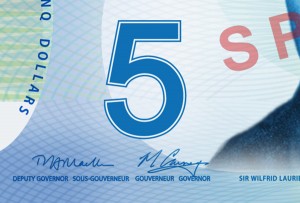 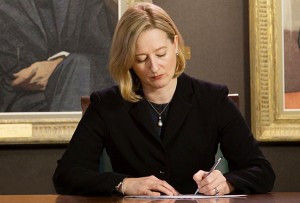 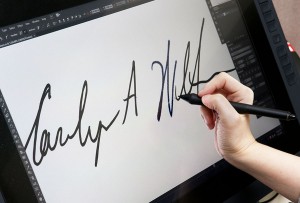 Next, CBN designers created a 3-D digital image of the signature for a laser engraving machine. It produced the first die with the engraved signature. The die was used to transfer the engraving to a grid of master printing plates that also featured the intaglio portraits that adorn the front of the notes. The first print runs will begin soon and in a few months Carolyn Wilkins will become one of the select few to have ever had the honour of seeing their own signature officially printed on a legal Canadian bank note. How exciting is that? 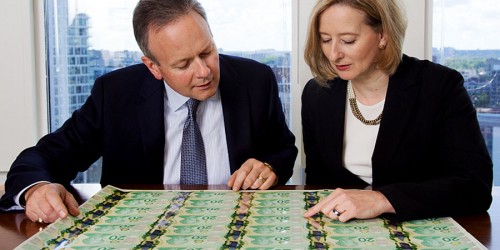 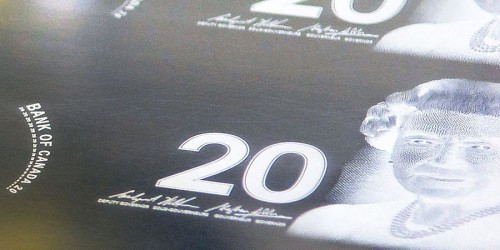