Notes from the Collection: Notgeld, Emergency Money from Interwar Europe


Short of change? Print your own

Notgeld, German for emergency money, first appeared at the beginning of World War One and was issued until 1924. Through these notes we can see the entire story of Germany’s experience with out-of-control inflation between the wars.

With the greater economic activity caused by war, the German government was unable to keep up with the increased demand for small change. To supplement government money issue, towns began to print their own forms of unofficial currency. The majority of the notes were printed on paper, but an assortment of materials such as ceramic, wood, cloth, metal foil, cardboard and leather were used. The faces of these notes feature everything from romantic folklore to the most grotesque social satire. Some of the images depicted can be a little odd or even bizarre, but with images of historic personages, buildings and scenes, they leave behind a cultural record of Germany during this period. 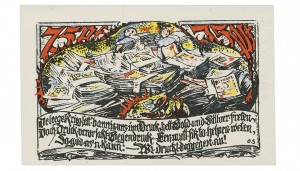 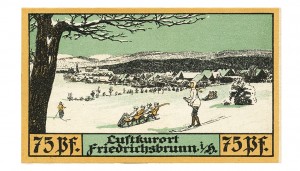 In 1967, the Bank’s National Currency Collection had the good fortune to acquire a large collection of notgeld from Germany and other European nations. The bulk of the collection consists of 15,567 notes from Germany and 3,901 from Austria, with very small numbers from Hungary, Belgium and Poland. At the time, the entire collection was accessioned as groups based on their countries of origin (accessioned: accepted into the collection and assigned a registration number unique to the group of objects). In order to digitize and update the National Currency Collection database, each individual note has to be assigned its own number, scanned and assessed by curatorial staff in order to update the information for each note. 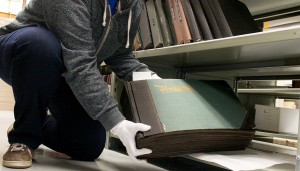 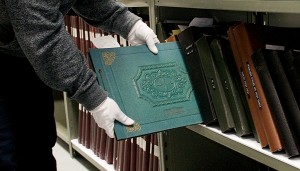 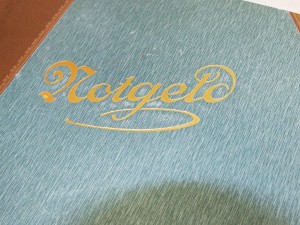 As part of the project, each paper note is being carefully re-housed in acid-free, lignin-free, buffered tissue, and tagged with a new, individual accession number. The notes are being kept in their original scrapbooks in order to preserve the collection as it was assembled. Records suggest that this collection was from the estate of a Bürgermeister (“chairman of the executive council” or more commonly, mayor) who collected emergency money during WWI until the early 1930s. 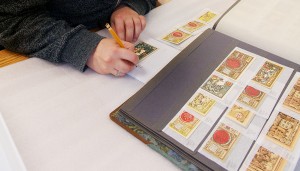 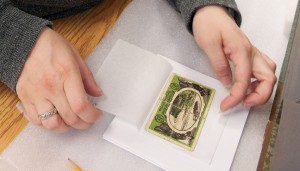 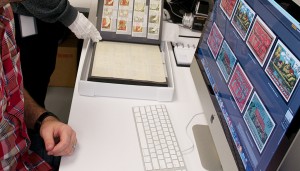 This project has been in progress for some time and to date almost 7,000 notes have been rehoused, numbered and digitized. Future projects will include creating proper housings for the non-paper notes, as well as devising a conservation strategy for some of the damaged and fragile notes.

This is just one of the collection team’s many ongoing projects.

From windmills and solar panels to electric cars, signs of the green economy are all around us. Check out our resources for how to teach about the green economy.
Content type(s): Blog posts Subject(s): Business and careers, Economy, Geography, Science, Social studies Grade level(s): Grade 07 / Secondary 1, Grade 08 / Secondary 2, Grade 09 / Secondary 3, Grade 10 / Secondary 4, Grades 11 and 12 / Secondary 5 and CEGEP