Notes From the Collection: Recent Acquisitions


The Museum is closed but the curators go shopping

Before the Museum closed, and the Collection moved to Gatineau, the curators regularly hosted a show and tell session for staff to see new acquisitions. With the help of the Museum’s new blog, that tradition will continue; only now, you too will be able to see and learn about some of the brilliant new stars in the Collection. Get out your sunglasses! 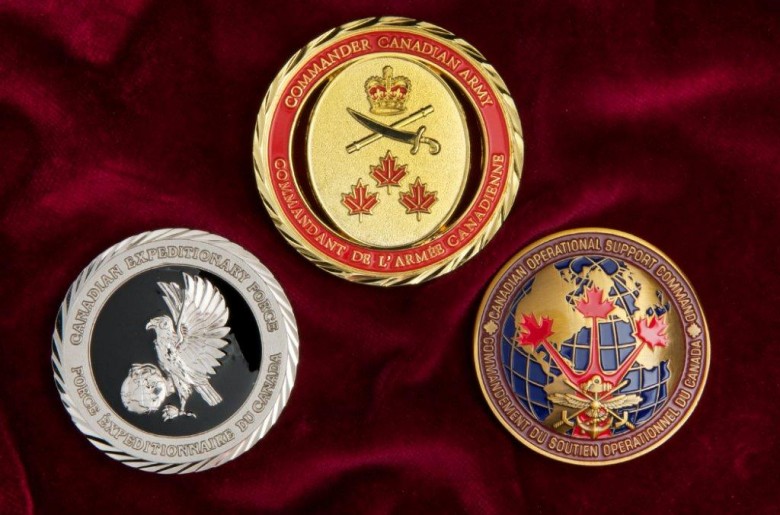 General Tom Lawson, Chief of the Defence Staff for the Canadian Armed Forces, recently honoured the National Currency Collection with a gift of 10 command coins from senior commanders of the armed forces. Originally these objects were used to identify members of a specific unit. In Canada they have now taken on a more ceremonial role and are given to individuals for distinguished service or to defence partners in other countries as a sign of respect. Despite their name, command coins are not money, but serve as a testament to the valuable contribution of Canadian command and service personnel. 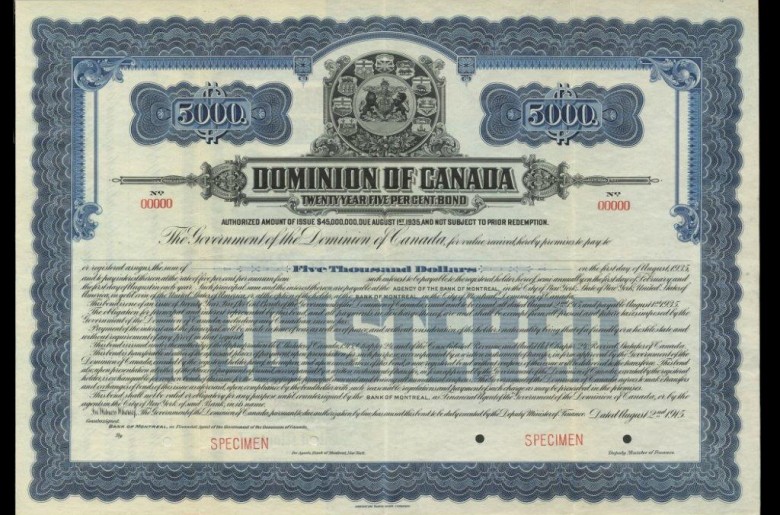 The Dominion government issued bonds during WWI to finance Canada’s war effort. The issue of August 2, 1915 was a foreign issue, the Dominion government looking to the U.K. and the U.S.A. for financing. It was floated in the U.S. and was payable in Canadian gold coins at the Bank of Montreal in Montréal or in U.S. gold coin at their agency in New York City. The issue consisted of bonds scheduled to mature in 20 years and the rate of interest was 5%. 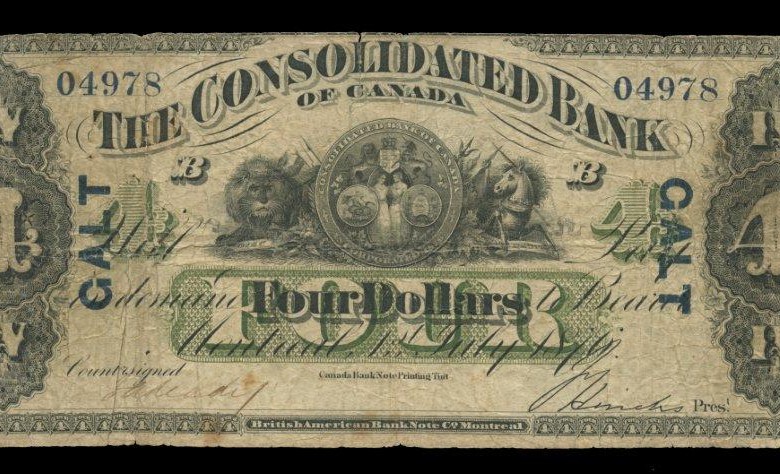 The Consolidated Bank of Canada was formed by the union of The Royal Canadian Bank in Toronto and Montréal’s City Bank in 1876. It issued notes of six denominations ranging from $4 to $100. Colourful overprints designating the city of issue are found on many notes. Banks in this period were only required to redeem notes at full face value at two places: the issuing branch and at head office. This is the only known example of an overprint for Galt, Ontario appearing on a Consolidated Bank $4 note. 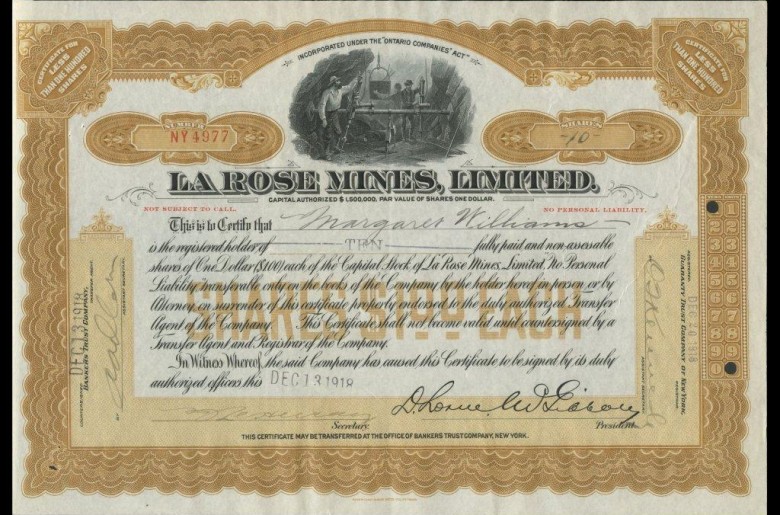 In the fall of 1903, railway workers in the vicinity of Cobalt, Ontario unearthed one of Canada’s largest deposits of silver ore. This discovery quickly led to a mining frenzy. Cobalt was called the El Dorado of the north and by 1910, millions of dollars of silver was being shipped out of the region. La Rose Mines was one of the first mines in operation. It was named after Fred La Rose, a blacksmith from Hull, Québec, who had staked one of the area’s original claims. La Rose, however, sold his interests early to a group including the Timmins brothers, merchants from Mattawa, after whom the city of Timmins was later named.

The Bank of Canada Museum is responsible for the National Currency Collection, and part of its mandate is to foster and develop that collection. Despite the challenges of collecting during a pandemic, curators at the Bank of Canada Museum have acquired some unique artifacts—including some that document the pandemic itself.
Content type(s): Blog posts