British Columbia’s $10 and $20 gold pieces are among Canada’s most celebrated coins. Made in 1862 from gold mined during the famed BC gold rushes, they were the product of a government program that aroused intercolonial rivalries and pitted the media against the governor. Although never released for circulation, these two pieces were part of the first official initiative to mint coins in Canada—almost half a century before the opening of the Royal Canadian Mint in 1908. 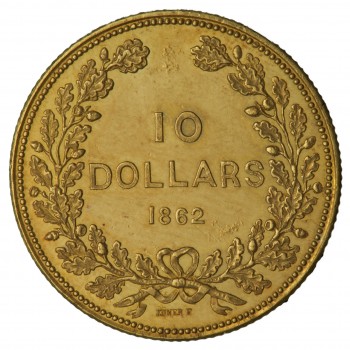 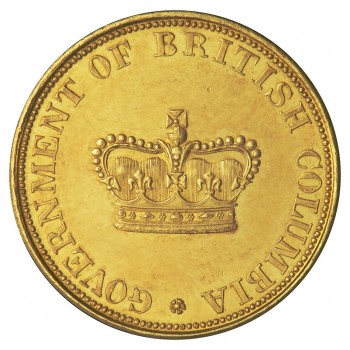 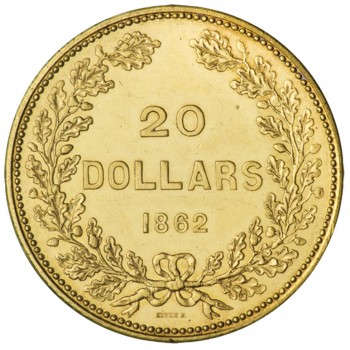 In 1857 and 1858, gold was discovered in the interior of British Columbia. Miners, largely American from the California gold fields, flocked north. As British Columbia lacked facilities to assay gold dust (analyze its purity) and mint coins, there was no immediate way to turn this treasure into money. Miners and purchasing agents exported their gold to more developed facilities in San Francisco. Dismayed by the impact this situation had on BC’s economy, Governor Sir James Douglas took action. In 1862, he authorized the purchase of minting equipment and ordered dies to strike $10 and $20 coins for use in the colony. This upset people on Vancouver Island, then a separate colony from British Columbia, who felt the new mint should be in their jurisdiction. Perhaps as a result, within a year Governor Douglas had a change of heart and decided not to have any coins minted for general circulation. The equipment was moved into storage. This decision put him at odds with other government officials, setting off a media storm that lasted over a year. However, he gave approval for a few examples, called patterns, to be struck and sent to the 1862 International Exhibition in London. A few patterns were also unofficially struck as gifts for local dignitaries.

Today, only a handful of these coins remains: a small number of silver pieces struck by the designer to test the dies and a few gold patterns struck once the minting machinery was assembled.

The BC gold patterns have an international appeal, particularly for Americans, given the coins’ association with California. In fact, over the last century, most owners of the gold patterns have been US collectors. The coin dies, today in the Royal BC Museum, were engraved by Albert Küner who worked in San Francisco and prepared dies for other American gold pieces. The two coins are even the same size and value as the contemporary US $10 and $20 gold coins; the so-called eagles and double eagles. 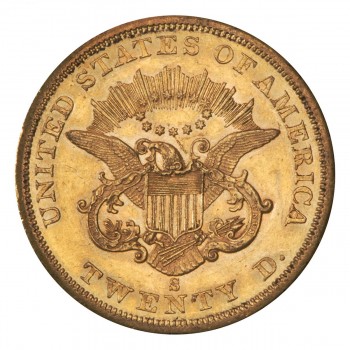 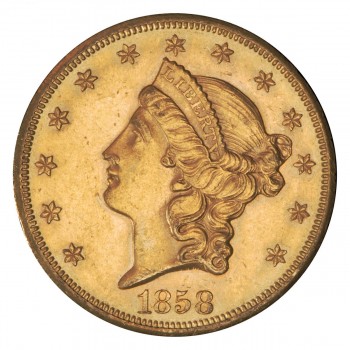 While Governor Douglas’ actions deprived British Columbia of its own circulating coinage, those heady days of gold fever in the colony saw a variety of money in circulation. Gold dust, although inconvenient, was widely used alongside American and British gold and silver coins, assorted foreign coins, bank notes and paper instruments from a few local banks.

The BC gold pieces are a significant part of Canada’s material culture. They speak to the early development of Canada’s West Coast, the region’s economic ties to its natural resources and its early links to American markets to the south. More to the point, they represent the initiative of a fledgling province to assert authority over a virgin territory on the eve of Confederation.

More information on this fascinating episode of Canadian history may be found in the pages of The Assay Office and the Proposed Mint at New Westminster by R.L. Reid, Memoir No. VII, Archives of British Columbia, Victoria, 1926.

The roots of the Currency Museum go back to 1959 when the then Governor of the Bank of Canada, James Coyne, proposed the idea of establishing a currency collection that would reflect the colourful monetary history of Canada. By the time the go-ahead was given in 1963 by Coyne’s successor, Louis Rasminsky, the collection’s mandate had been expanded to include world monetary history, banking and production artifacts and a numismatic library.
Content Type(s): Blog Subject(s): About Us
June 18, 2013

Welcome to the Currency Museum Blog!


We are very excited about this, our museum’s new digital dimension. As the doors close on 2 July for the next three years or so, we are endeavoring to keep them virtually open with a lively flow of reports and updates on the progress of our re-invention.
Content Type(s): Blog Subject(s): About Us