You have to break a lot of eggs for this omelette

In early February, a small group from the Bank’s Communications Department booked a brief tour of the main floor and first basement at the Wellington Street head office. It’s still in the demolition phase of the renovation, so please excuse the mess (we’ll get somebody to tidy it up soon). Obviously the Museum space was of particular interest to us and one of our hard-working photographers put on his yellow helmet and steel-toed boots and went along to photograph both our old space as well as our future space. 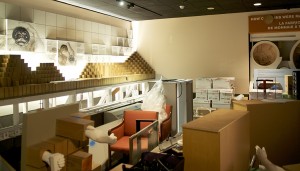 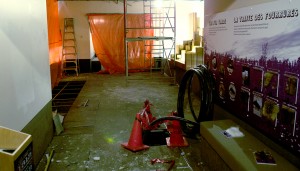 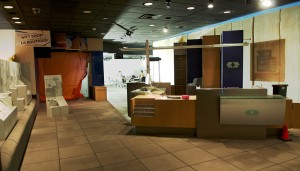 The actual demolition of the old Museum has not yet begun, so the Currency Museum is still more or less intact (no artifacts, of course). The temporary exhibition space is being used as a crew lunchroom and Gallery Two as storage. What has begun in earnest is the demolition of the basement cafeteria (we do like our demolition experts to be earnest). It is there, beneath the plaza at Bank and Wellington Streets, that the new Museum is planned to be - taking up the east end of the huge former cafeteria including the glass ceilinged ‘waterfall room’, and the large common area where staff events took place as recently as last summer. 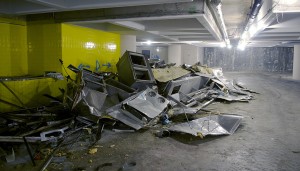 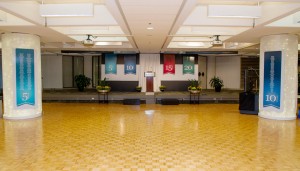 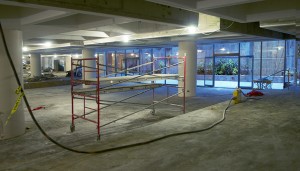 Now it’s bare concrete, exposed ceiling beams and heaps of old cooking equipment, but in a few short years will be a beautiful, state-of-the-art museum space. Stay tuned for upcoming blogs tracking the progress of the Museum’s construction. Next time: a sneak peek at conceptual plans.

Summer camps at the Museum

Bring your camp crew to the Bank of Canada Museum this summer. Check out our available programs, and book your visit.
January 20, 2023

It’s a new year—the perfect time to look back at some notable artifacts the Museum added to the National Currency collection from 2022. Each object has a unique story to tell about Canada’s monetary and economic history.
Content type(s): Blog posts
December 8, 2022

From February 3 to 20, 2023: Join us every Saturday and Sunday throughout Winterlude for interactive family activities!