The doors were barely closed following Big Top Farewell event before Chief Curator Paul Berry and his team began emptying display cases that had been sealed shut since 1980. The biggest task involved removing more than 2500 bank notes from the room we knew as Gallery 8. When the Bank opened its doors in 1935,the room had been part of the public access ‘Banker’s Hall; for the past 30 years or so it had served as a display gallery, complete with nearly 300 sliding vertical display panels, each with as many as a dozen bills displayed on each side. Constructed of stainless steel, these vertical ‘drawers’ still looked like new, as if they had been built to the same bomb-proof standard as the vault itself.

Once removed, each note was stored in an envelope, matched to a master listing, labeled with the correct accession number and noted in a ledger. A tedious process, but one completed cheerfully by the whole team as the numismatists among them happily browsed through the bank notes of dozens of nations. 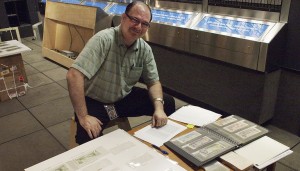 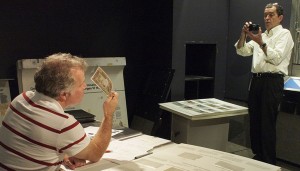 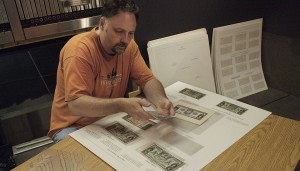 Though each case has a locked access door, getting the artifacts out is such a chore that one wonders why they bothered with the lock. For instance, in order to remove the display panels from the horizontal cases of Gallery 2, the entire unit had to be lifted off its base and turned upside down. Screws could then be removed in order to gain access to the panels- each with its cargo of coins firmly attached to the - now upside down - displays. 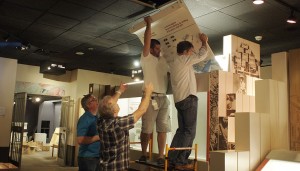 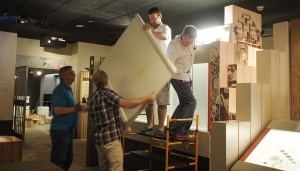 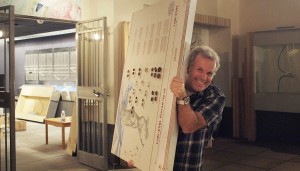