The origins of the dollar sign—or not

The dollar sign is so familiar to us that it’s like another letter of the alphabet. But when you stop to look at “$” as a symbol, it doesn’t make much sense (please excuse the pun). 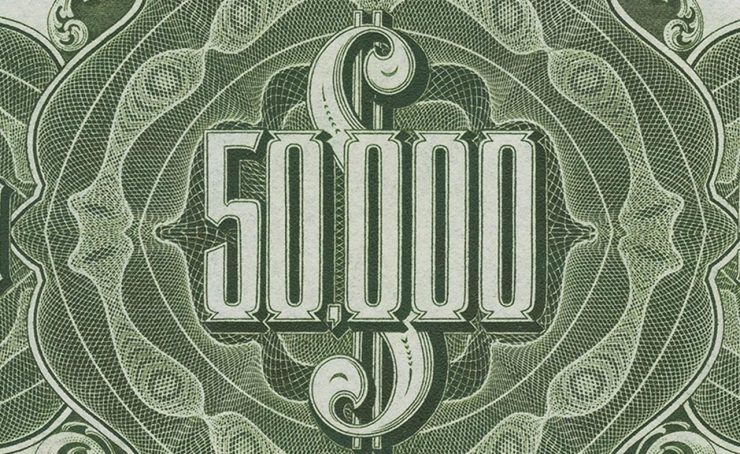 How on earth did an “S” with a line or two through it come to represent a dollar? Any ideas? No? That’s OK, you’re in good company. Because the truth is, nobody really knows.

But there are a few interesting theories out there. Some seem like conspiracies, others suggest mere accidents of the handwritten word. Most are very plausible, but the one thing they all share is a stubborn unprovability. They all seem to come with a shrug attached.

Some say that the dollar sign developed from an abbreviation used on the money bags of the young United States Mint. The letter “U” was superimposed over the “S,” and it takes little imagination to turn that into a dollar sign. 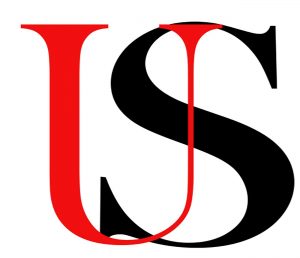 Other historians support the notion that the symbol was first used in documents by two American revolutionary patriots and financiers, Robert Morris and Oliver Pollock. But Pollock and Morris were not writing about the American dollar. They were referring to one of the few hard currencies available to revolutionary Americans, the Spanish-American silver peso—which was also known as a “dollar.” This leads us to our next theory.

Probably the most widely supported theory out there is related to the Spanish-American peso. It was another name for the big, silver 8 reales coin, also known as the piece of eight or dollar.

In the 18th and 19th centuries, Spanish-American coins were the most trusted currency in the world. In documents such as those authored by Morris and Pollock, the peso was sometimes represented as PS or Ps. The two letters began to be written over each other until the P became a mere vertical stroke through the S. There is also a theory that the piece of eight was represented as a P overlaid on an 8, resulting in a similar visual coincidence.

The famous piece of eight, was also called a dollar because of its similar size and weight to the German thalers used in Europe. 8 reales, Spain (Mexico), 1761 NCC 2000.40.305 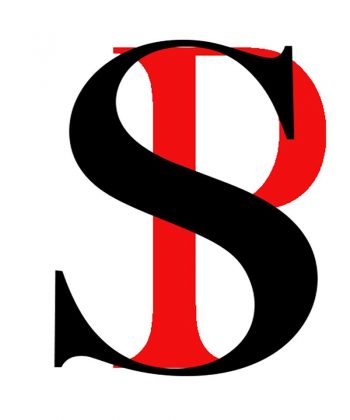 When is a dollar sign not a dollar sign? When it’s a cifrão. A symbol used on currencies from Portugal and its colonies, the cifrão was used in a very curious way. Though it appears to be a dollar sign, the cifrão actually acts as a decimal point and may have caught on as a broader symbol for money. 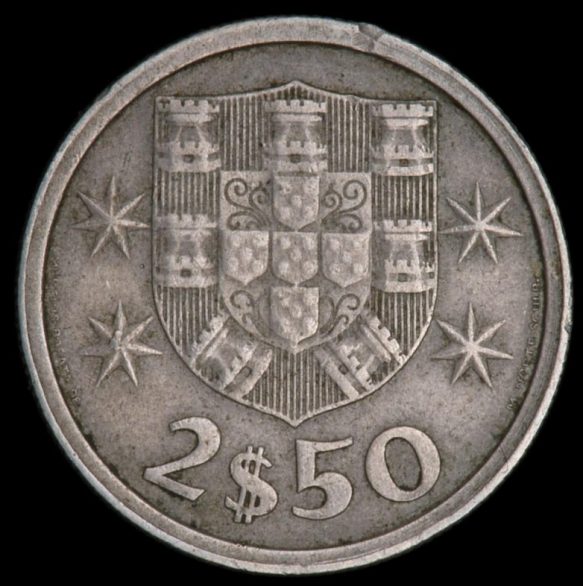 Though the Portuguese use the nearly universal Arabic number system, they did not use a decimal or comma in their denominations. 2.5 escudos, Portugal, 1971 NCC 1978.58.1966

The Pillars of Hercules theory

In Greek mythology, Spain and Morocco were once connected by a tall mountain. Hercules created the gateway to the Strait of Gibraltar by breaking through this mountain—with his mighty sword. These great promontories were known as the Pillars of Hercules. The “pillars” have been represented literally as pillars and have together been a symbol of Spain for centuries. They are usually depicted with an S-shaped scroll loosely wrapped around them either together or, more tantalizingly, individually. So common were coins with this image that it’s easy to see them as the root of the dollar sign. But, again, there’s that shrug. 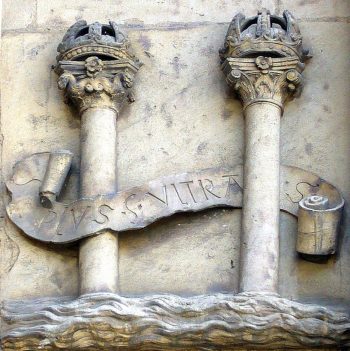 The Pillars of Hercules as seen on the town hall of Seville, Spain. “Plus Ultra” means “further beyond” and is Spain’s national motto. Photo: Ignacio Gavira, Wikimedia Commons 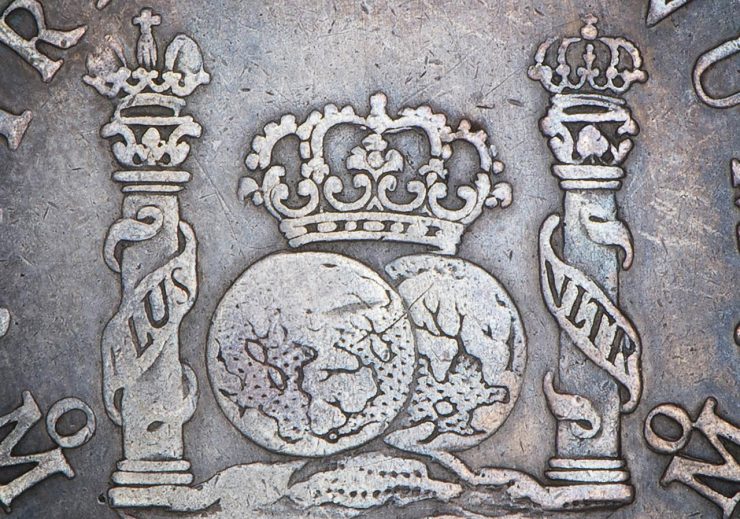 The Pillars of Hercules as seen on a piece of eight. Coins like this circulated all over the world, including in the United States and Canada. 8 reales, Spain (Mexico), 1761 NCC 2000.40.305

Most theories about the origin of the dollar sign are variations of those described above. One that links two of them is the 8th-century conquest of the Iberian Peninsula (Spain and Portugal) by the Arab General Táriq ibn Ziyád. The difficult route he took from Arabia through Egypt, Libya and Morocco ended by passing between the Pillars of Hercules. It’s suggested that coins minted by Táriq ibn Ziyád featured a wavy line crossed by two vertical lines. This symbol depicted his circuitous route of conquest plus the strength and endurance of the undertaking, as illustrated by bars representing the Pillars of Hercules. This is a theory behind the origin of the cifrão and, consequently, the dollar sign.

Your guess is as good as anybody’s

OK, that last one hasn’t a lot of support among modern historians, but speculations will probably continue to pop up about this fascinating gap in economic history. At this point, however, I should probably open up the floor to suggestions. Yes, you in the back…