Fraud Prevention Month at the Museum

Fraud Prevention Month is a public awareness campaign spearheaded by Competition Bureau Canada. As you would imagine, the Bank of Canada is keenly interested in fraud prevention, something that is at the very heart of bank note design. Yes, I’m talking about counterfeiting, and it’s a perennial favourite among the topics of any economic or currency museum.

A counterfeit bill from the 1937 series. Note the word “spurious” scrawled on it, the legal term to describe a fraudulent note.

Fraud Prevention Month coincides with the March breaks for both the French and English school boards. With that in mind, our Visitor Services Team came up with some fun and informative family programming. Counterfeiting was the natural subject choice, and it made for some great stories. Providing these stories, in both official languages, was our Curator David Bergeron. 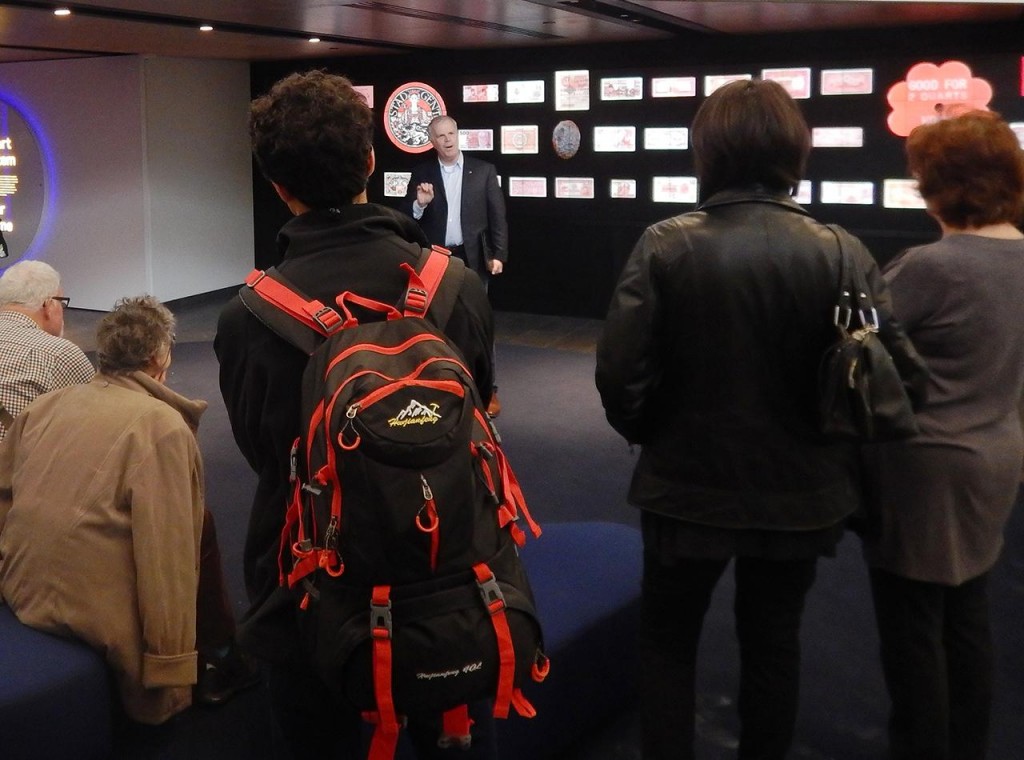 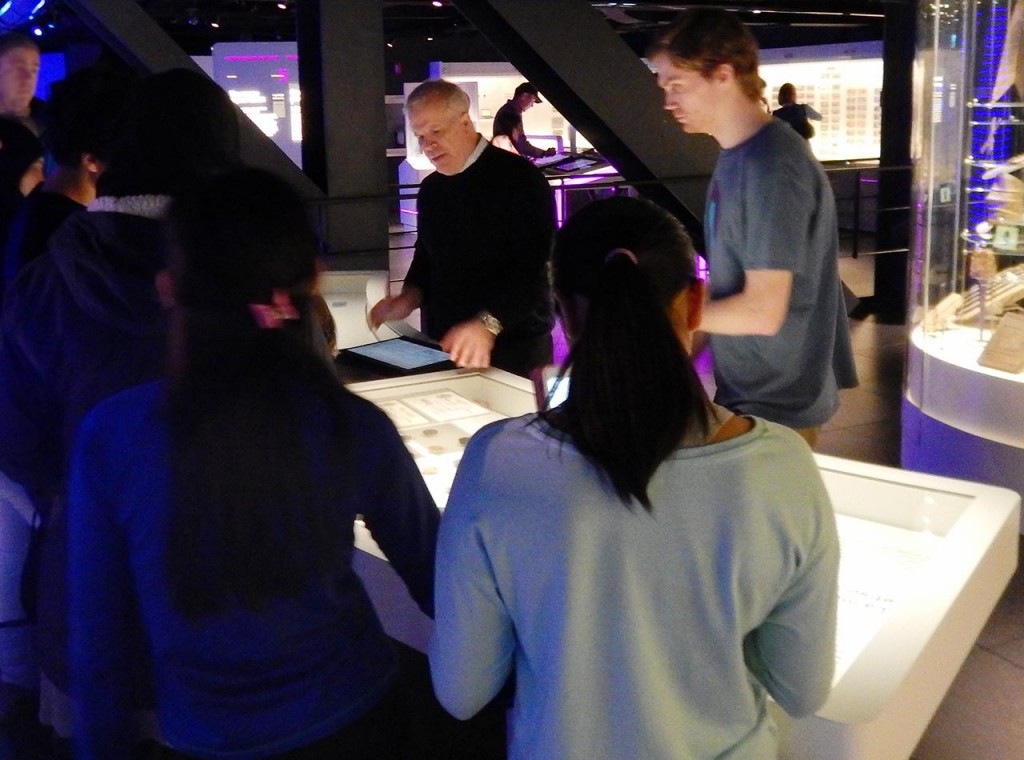 We have limited space in our cases, so to flesh out the counterfeiting story, Curator David Bergeron used a tablet to show images of artifacts from our collection that are not on display.

David took visitors on a tour through counterfeiting history, pointing out a range of artifacts from ancient Greece, through early Canadian history and up to modern bank notes. He talked about fraudsters who altered the face value of notes or even shaved off minute portions of precious metal coins. He also described the bizarre punishments meted out by governments to those who dared to counterfeit their currency. The tour ended with a closer look at all the security features found on the money we use every day. 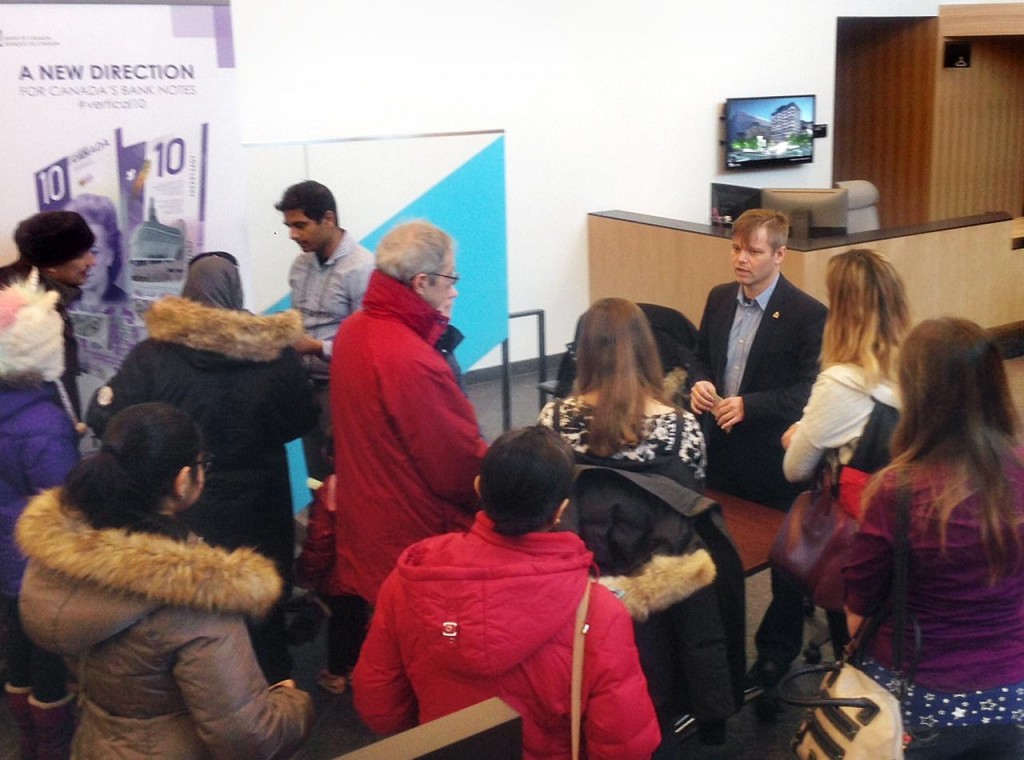 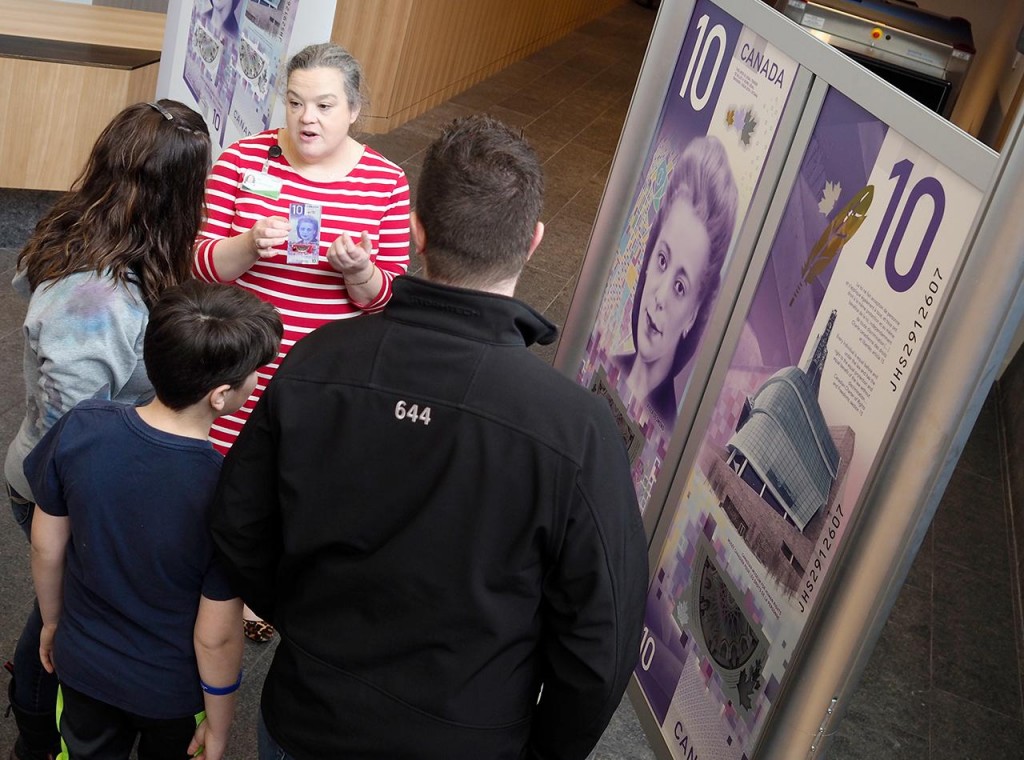 The Currency Department’s Suzette Argo shows a pre-production example of the new $10 bill and tells the story of how Viola Desmond came to be on it.

During the break for the English school board, the Bank’s Currency Department teamed up with the Royal Canadian Mounted Police (RCMP) to give visitors a chance to handle some modern counterfeit bank notes. At first glance, these notes looked just like the money in your wallet. But a little more observation revealed some surprising differences. Just touching a note can be a dead giveaway because most counterfeits will be entirely smooth to the touch, with no raised ink. Also, take a closer look at the polymer window. The metallic images printed there are extremely difficult to reproduce. What counterfeiters will do is cut the window from a $5 bill and stick it into their version of a higher denomination note. So, if your $20 bill has a picture of Sir Wilfrid Laurier in the window image, you’ve got a fake on your hands. 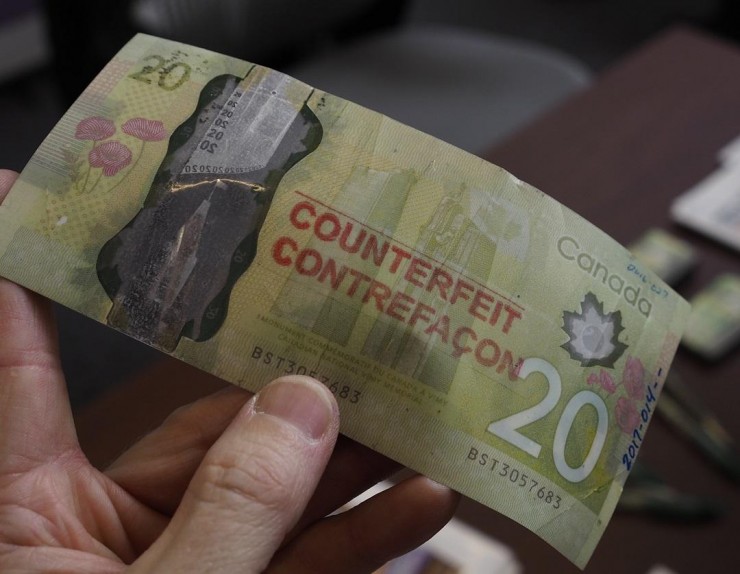 A counterfeit seized by the RCMP—it would be much simpler to spot counterfeits if they all had this stamped on them.

Corporal John McMath, from the Greater Toronto Area Financial Crime Department of the RCMP, joined Bank experts in answering hundreds of questions from interested visitors at the counterfeit kiosk. Corporal McMath was as enthusiastic as he was informed. The kiosk also provided an opportunity to show off the new $10 bill featuring Viola Desmond. Visitors were able to look at and touch some pre-production versions of this historic bank note. 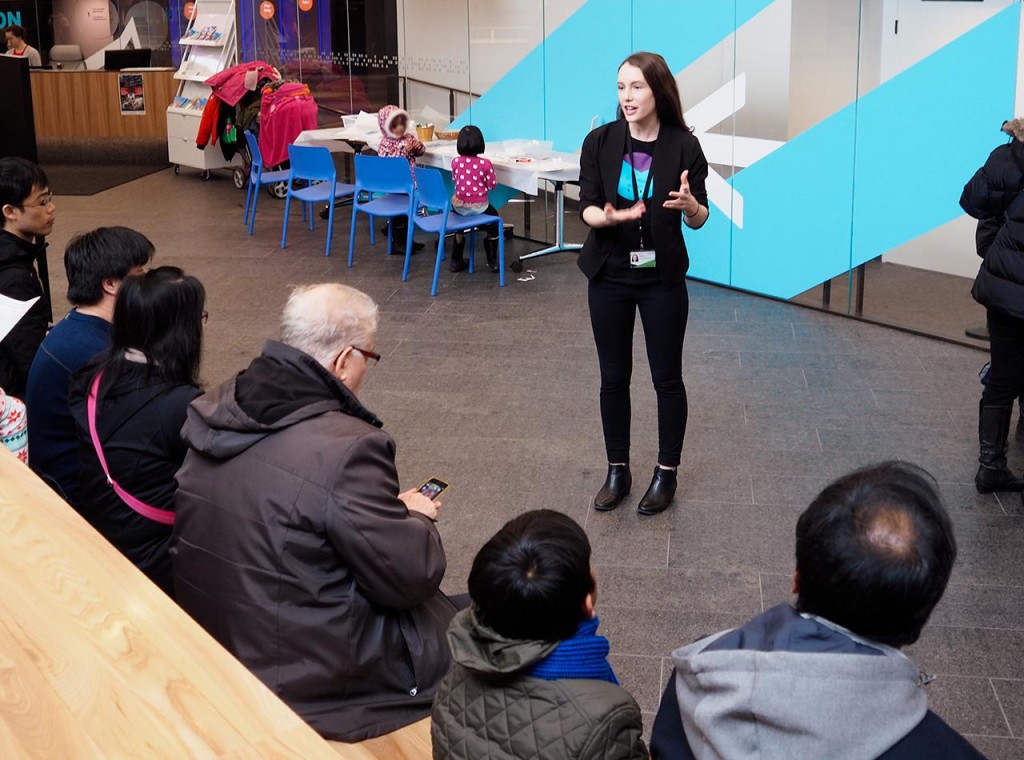 One of our very competent guides, Alexa Lapierre, begins her half-hour monologue—without a script! 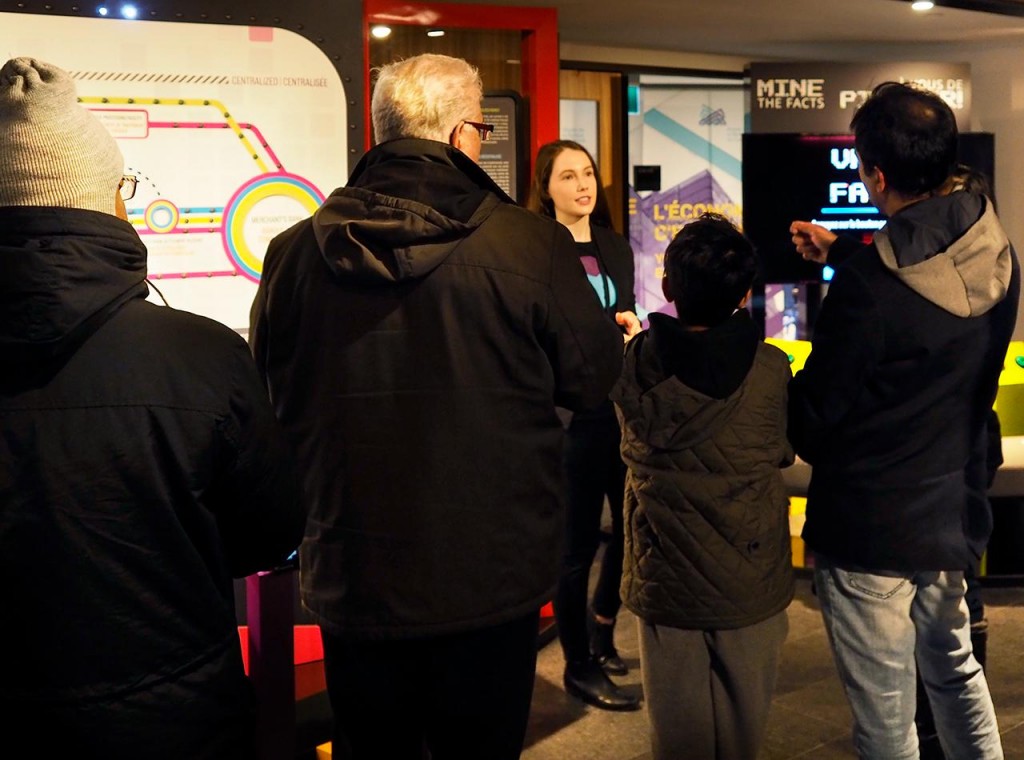 This was an especially well-informed group and Alexa was questioned closely on many aspects of e money.

During the month, our guides also presented a half-hour tour of the Decoding E-Money temporary exhibition. The technologies behind electronic payment and online currency systems are all deeply rooted in the need for security.

March break and Fraud Prevention Month were a good team this year. Nearly 700 visitors dropped by the kiosk to learn about counterfeiting, and 250 people took part in our tours. In all we had more than 3,300 visitors come by during both March breaks combined, and we did it all without free hot chocolate.

In January 2021, 17 of our old bank notes will lose their legal tender status—what does that mean?
Content Type(s): Blog Subject(s): Collection