The Price of Victory

Remembrance Day at the Museum

I am neither a war historian nor a military buff, and, to be honest, war does not interest me in the least. Therefore, you can understand my nervousness when I was given responsibility for developing the Remembrance Day activities at the Bank of Canada Museum, our first event since opening the Museum. What activities could I develop that would fit into our mandate and be both interesting and respectful? This was quite a conundrum, and I needed ideas. I started researching what had been done at the former Currency Museum. I searched dozens of documents outlining various activities before finally deciding to develop a self-guiding booklet for a Museum tour of war-related artifacts in our displays. 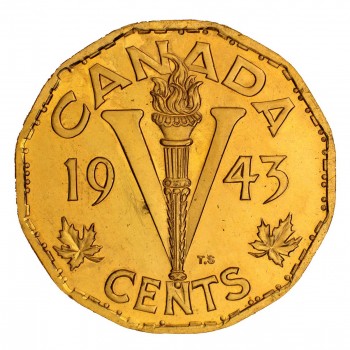 In 1942, even Canada’s five-cent piece had to sacrifice something for the war effort: nickel.

Developing the booklet was quite simple since an abundance of information was available for my chosen artifacts. Did you know that prisoner-of-war camps had economies and issued their own currency (called “scrip”)? And that during times of war, our nickels were made from tombac (a brass alloy) instead of the highly sought after nickel?

I found all sorts of material to use, and it didn’t hurt that my office was next to our helpful Museum curators’. I also had an enormous amount of help from the Museum team to write, rewrite and review the booklet text and design. The booklet was a work of art created by our talented in-house designer. Did I mention it was created in just three days?

Like any community, a prisoner of war camp has an economy.

The second part of my journey was finding an expert who could give a public tour of the Museum, one that would focus on the Bank’s wartime efforts. I thought I would start at the top and ask Chief Curator Paul Berry if he would agree to give a tour. Taking pity on me because I was new to the team, he agreed to become a tour guide for a day. He amazed me by developing an entire tour that went above and beyond what I had expected and offered it not only in English but in French as well!

During the American Civil War, the Confederate States of the South had their own government and treasury.

On Remembrance Day, tons of questions ran through my head: Would people be interested in the tour? Would they like the booklet? Would we even have visitors? We opened the Museum doors at noon on Saturday, November 11, and to my amazement, more than 70 visitors flooded our entrance in the first hour. Eager to take part in the curator’s tour, some visitors waited around for more than 40 minutes until the start of the tour. We had a total of 245 visitors that day; 45 of them participated in the English tour and 29 in the French tour. We also gave out more than 200 booklets. Compared with Remembrance Day 2011, when the Museum received a mere 90 visitors, Remembrance Day 2017 was a big success. 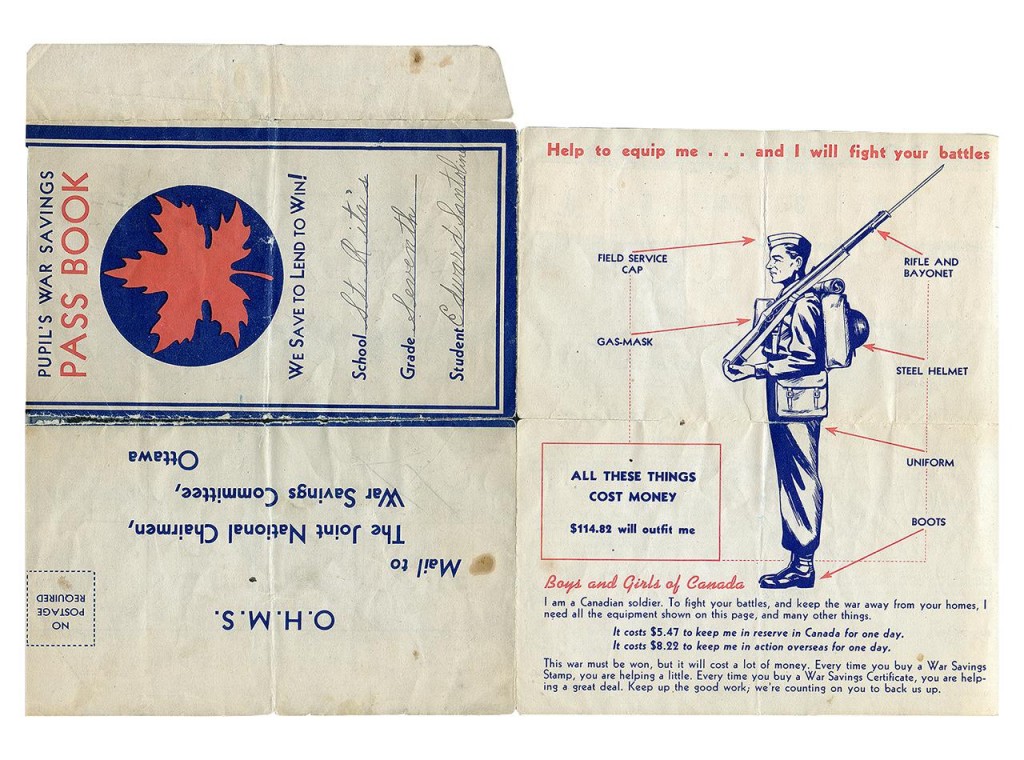 Children were also able to put their money to work for the war effort by buying 25-cent war savings stamps. 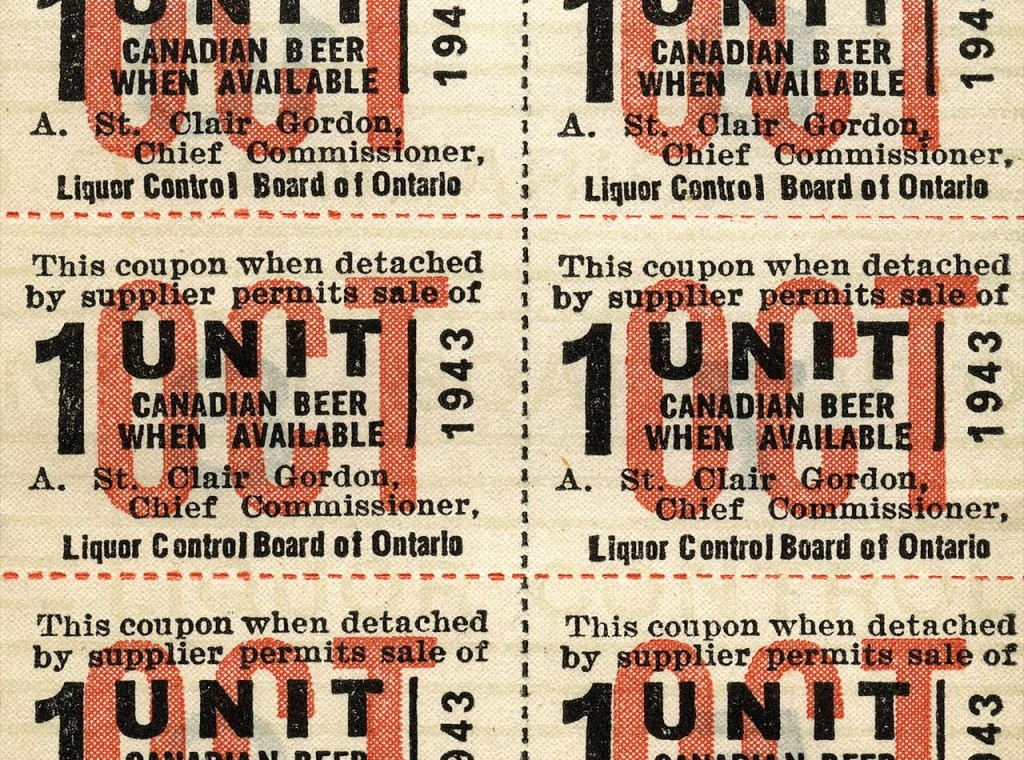 Ration coupons had been a familiar feature of daily life in Canada for five years before rationing ended in 1947.

I feel lucky and humbled to be part of a team of such talented and generous people who are willing to help each other out through the thick and thin of a project like this. In the end, I was glad to have been given this opportunity. Although I’m still not a war history buff, the project helped me learn more about and appreciate objects featured in the Museum. Come see me at the Museum if you would like to know more about the prisoner-of-war camp scrip or the Victory Nickel. 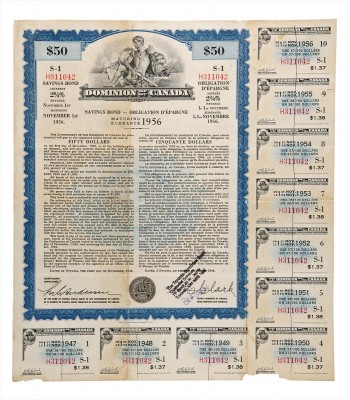 A bond is basically a loan a citizen gives to a government or corporation.