Education professor Dr. Peter Seixas (pronounced “sayshuss”) is on a mission: to move grade school history education from a mere repetition of facts and stories to a more responsible understanding and deconstruction of history as a practice—focussing less on what we know and more on how we know. It is called “historical thinking” and it comes with six interlocking concepts that form a road map for good history making.

Champlain’s own illustration of his 1609 battle with the Haudenosaunee (Iroquois). What aspects of this image might make you question what he tried to tell us?

“Histories are the stories we tell about the past,” says Seixas in his book The Big Six Historical Thinking Concepts. By “histories,” he and co-author Tom Morton mean the historian’s interpretation of what occurred in the past based on the traces and fragments that are left behind. They want to bring a simple set of the responsible historian’s interpretation methods into the classroom, to equip students with better communication and critical thinking skills when it comes to history—giving them an educational fishing rod along with the fish. 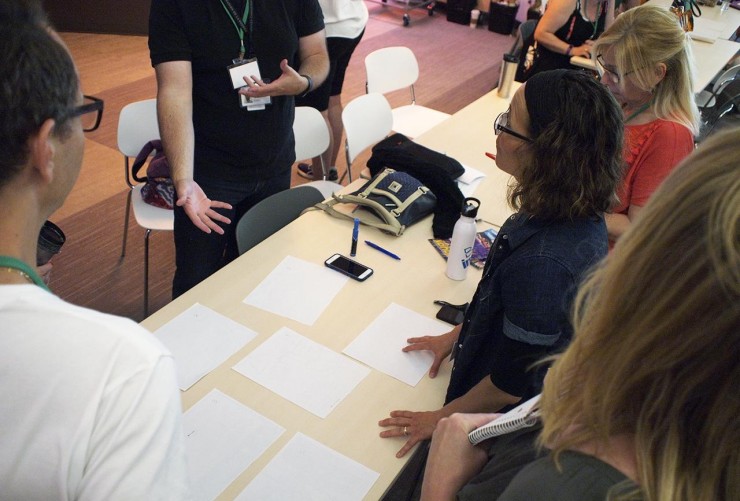 Attendees came from all over Canada and several from Europe. Opinions were just as various.

I was fortunate enough to attend the Historical Thinking Summer Institute that took place this past July in Ottawa. It was held at the Canadian Museum of History and the Canadian War Museum. Organized and presented by Dr. Lindsay Gibson with Dr. Viviane Gosselin and Dr. Catherine Duquette, it was six days long, featured nine speakers and called for several hours of challenging reading. The majority of the attendees were history teachers along with a dozen or so of us museum folk plus the odd archivist or two (That is not to say that archivists are odd!).

Before I continue, I should outline the “Big Six Historical Thinking Concepts”:

The Canadian War Museum opened its art storage vaults for the attendees’ edification.

On assignment in the Indian residential schools section of the new Canadian History Hall, Canadian Museum of History.

The archivists at the Canadian War Museum provided us with a wonderful slice of their collection of photographs and maps.

Over the week, we attended intensive seminars on each of the concepts, involving at least one group work project that was as stimulating of new ideas as it was casual and fun. The speakers came from the academic and museum world: educators, historians, writers and curators. (curiously, three of them were named “Tim”) A number of our group assignments took us into the galleries of our host museums to explore the application of historical thinking both as a tool for interpretation and for criticism. Lively encounter sessions discussing the assigned readings ended each day with useful insight and fresh perspectives.

The necessity of creating and adopting these concepts becomes clear when one begins to get a sense of history’s downright frightening lack of objectivity. That lack of objectivity is considered a given. The six concepts attempt to address this awkward aspect of history by providing methods to approach a past event via multiple perspectives, to evaluate the event’s importance and to question the authenticity of its evidence. Be they artifacts or newspaper reports, sources are of paramount importance. We spent an entire day studying the different types of historical sources—the fragments left behind.

Deciding whether a map is a primary or secondary historical resource in a large group learning project. 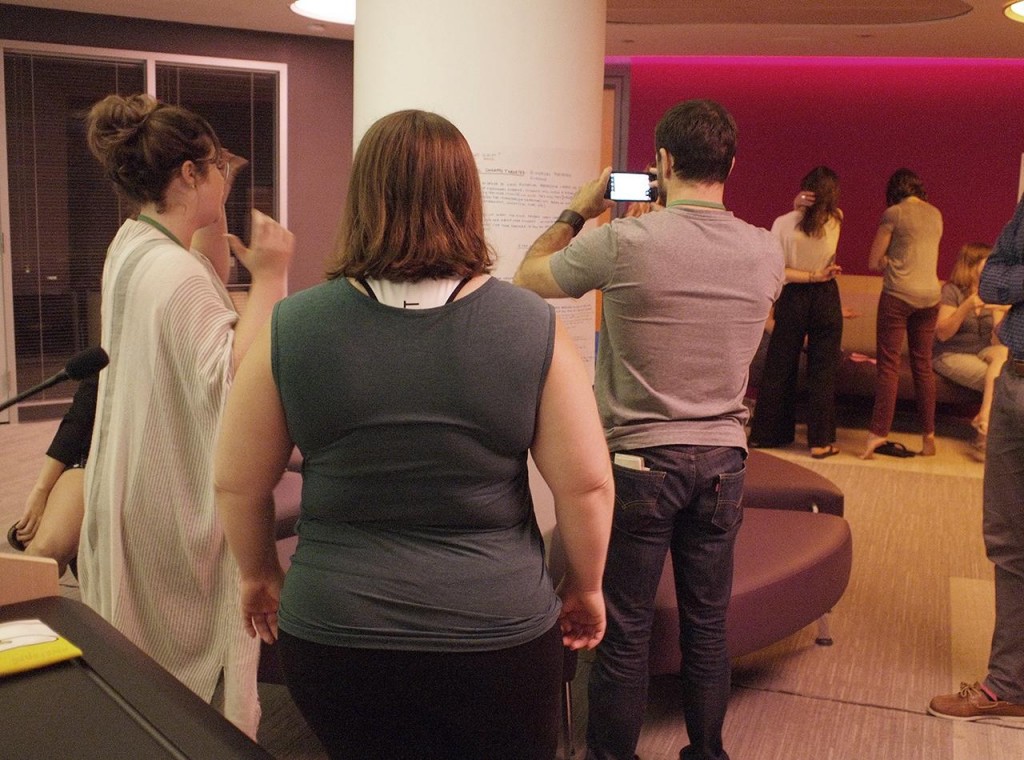 One of the beauties of the Big Six is that they are mutually supportive. No one concept clarifies the past on its own but, rather, each requires help from some, if not all, of the others. It’s a construct that forces us to be thorough. Think of it like a high school geometry class: something can be assumed to be true, but requires the support of a couple of other proven sources before we believe it.

For my money, the seminars were most useful in sharpening my research habits and making me think very seriously about the messages I convey when I write about artifacts and history for our museum. Learning to think like a historian can only be a plus.