Please exit through the gift shop

The boutique at the old Currency Museum.

At the end of January, I had the pleasure of attending the three-day Canadian Museums Association Museum Enterprises Conference in Toronto, which focused on visitor services in museums, art galleries and even aquariums and zoos. Visitor services is a term that’s thrown around a lot in the museum world, but what does it actually mean? Apart from exhibits, visitor services refers to anything and everything that a museum-goers could interact with or be affected by during a trip to a cultural institution. This includes retail and food operations, social media relations, ticketing, special events and programming—all of which were covered during the seminars.

One of my roles at the new Bank of Canada Museum will be to set up the gift shop. I attended this conference not only to look for ideas and assistance in this task but also to get some inspiration about special events and new ways to engage the public. And it’s a great opportunity to meet other like-minded museum professionals from across Canada, pick their brains and compare notes on best practices. 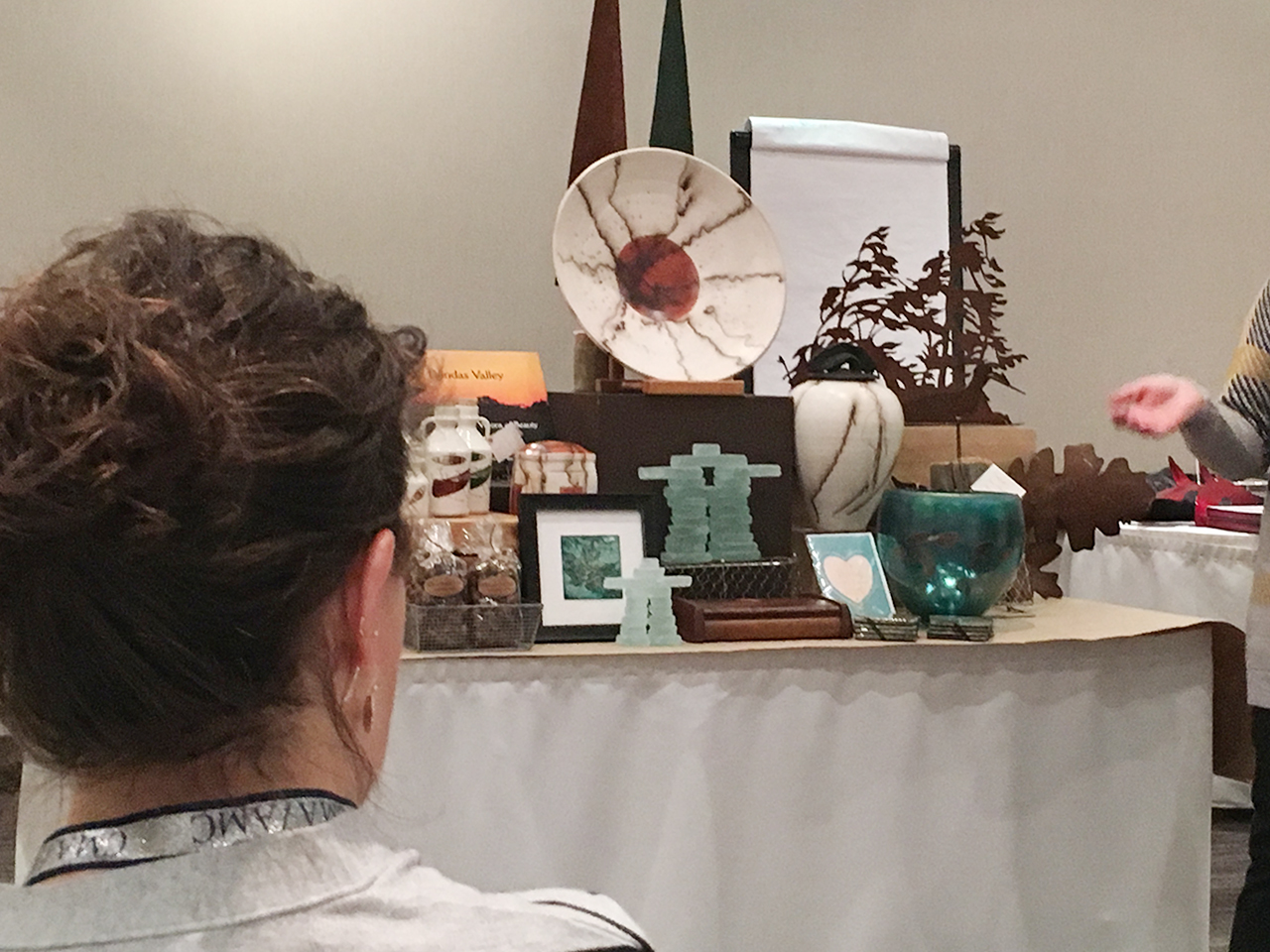 A seminar I attended on gift shop display issues.

Among the highlights for me was attending a seminar presented by The Rooms museum in St. John’s, Newfoundland. We learned about the programming they are preparing to mark the 100th anniversary of the Battle of Beaumont-Hamel, an event marking a tragic period in Newfoundland history. Although that programming won’t take place until the anniversary itself, on 1 July, planning for it began as far back as 2014, when planners began spreading the word about this anniversary, creating awareness campaigns, coordinating volunteer efforts and holding a number of related contests. The Rooms’ goal is to have people as “far as the eye can see” in attendance at this event. 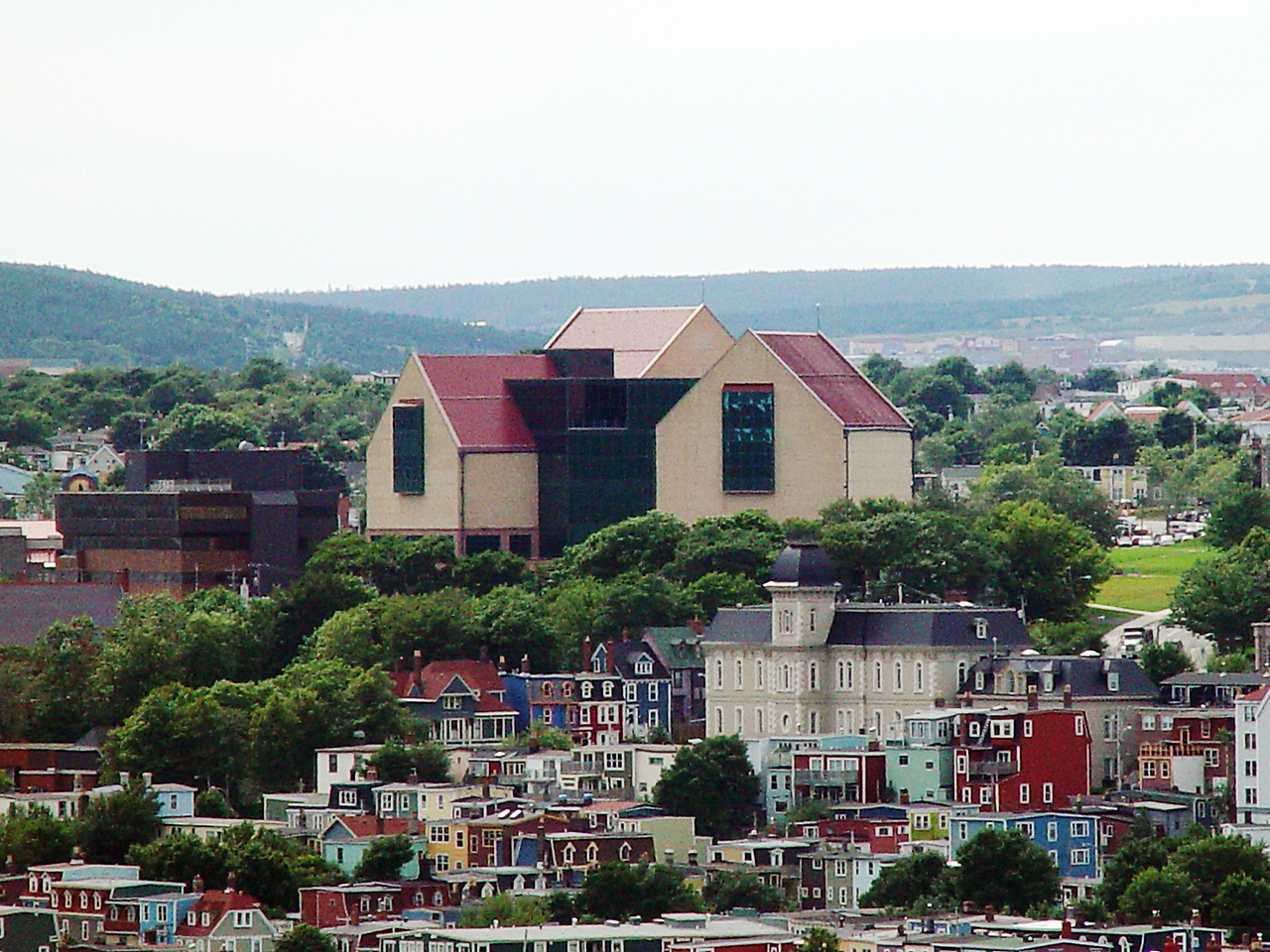 Visitor services no longer focus simply on one-day events to help build their communities. They also develop school programming, outreach efforts, community projects and even adult art classes and viral videos. At this conference, The Rooms was just one of the museums I heard about that is going beyond their walls to offer services to their communities. 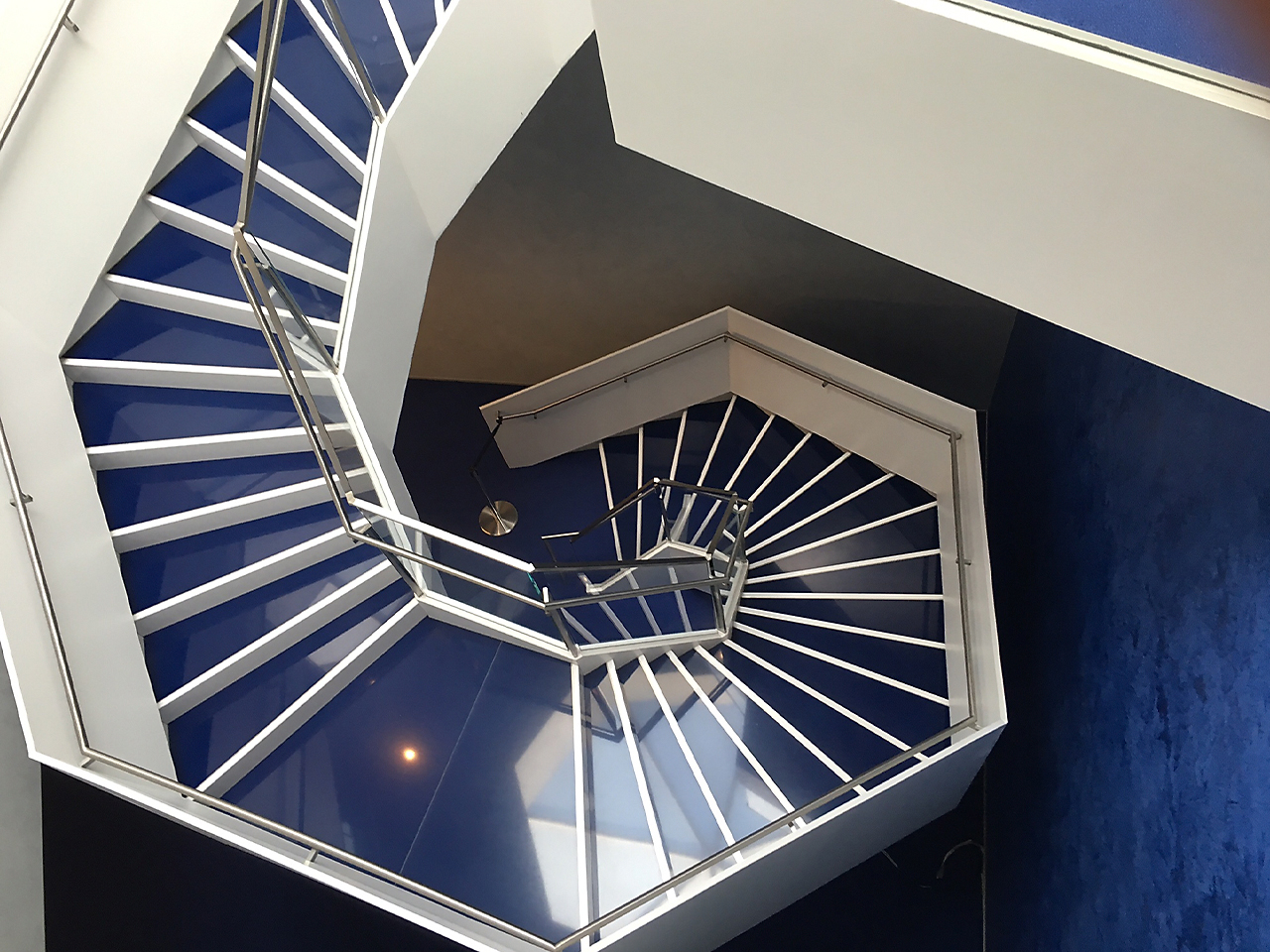 Staircase in the Aga Khan Museum auditorium. Blue and white was the theme to this space.

I was also fortunate enough to be able to visit the brand-new Aga Khan Museum. Opened in September 2014, this art gallery was really a sight to behold. We learned about their membership program, gift shop and events planning. In addition to their regular staff, they have volunteers helping run the museum—more than 300 of them! We were given a tour by Jane—a volunteer whose love and affection for the site was so evident that the entire group wanted to steal her for their institution. There really was no lack of inspiration to take back with me and use for our growing museum.

All in all it was an excellent conference and I can’t wait to share all that I’ve learned with you when we open in 2017. 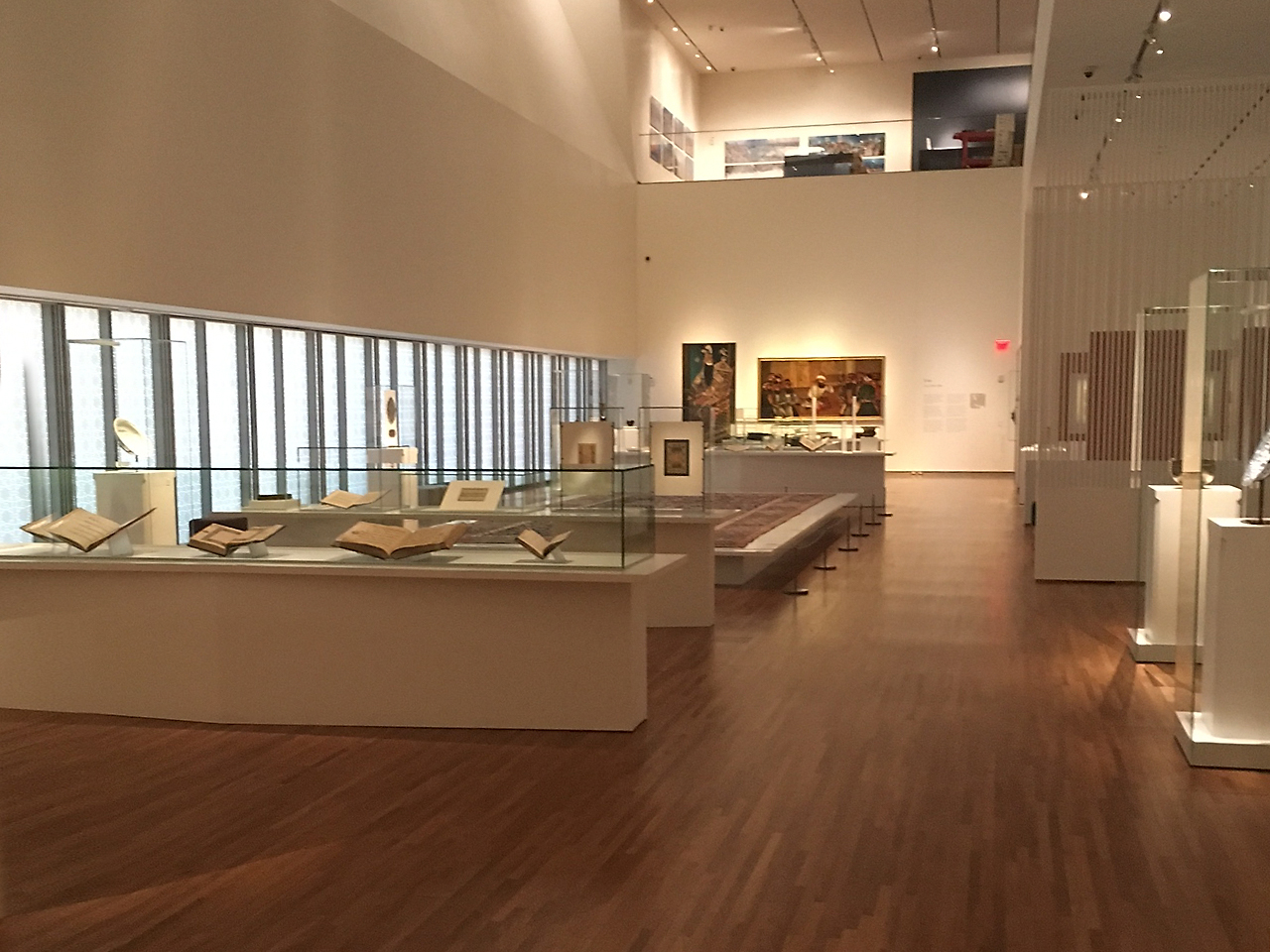 Interior of the main gallery at the Aga Khan Museum, designed to allow as much natural light as possible. 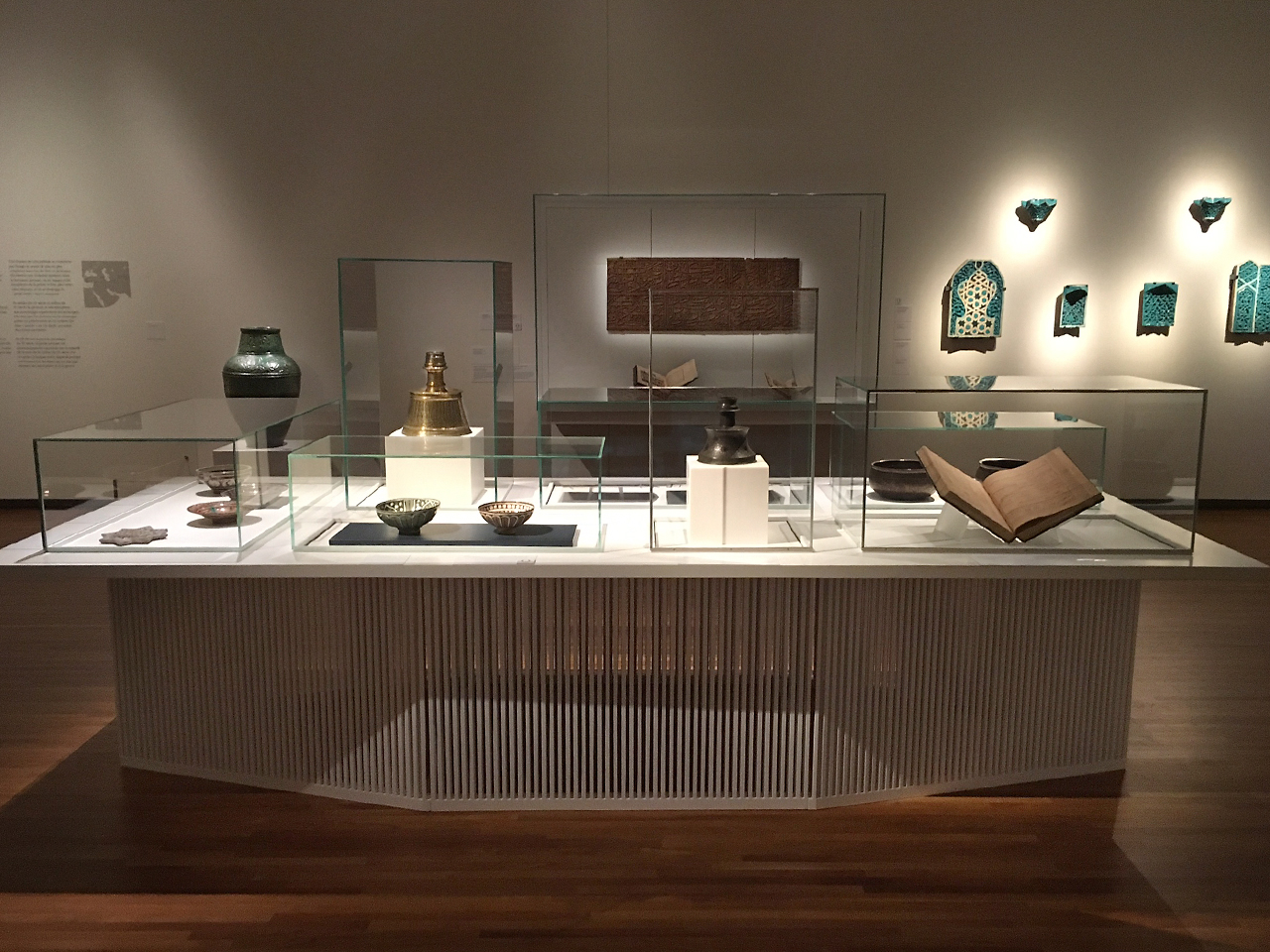