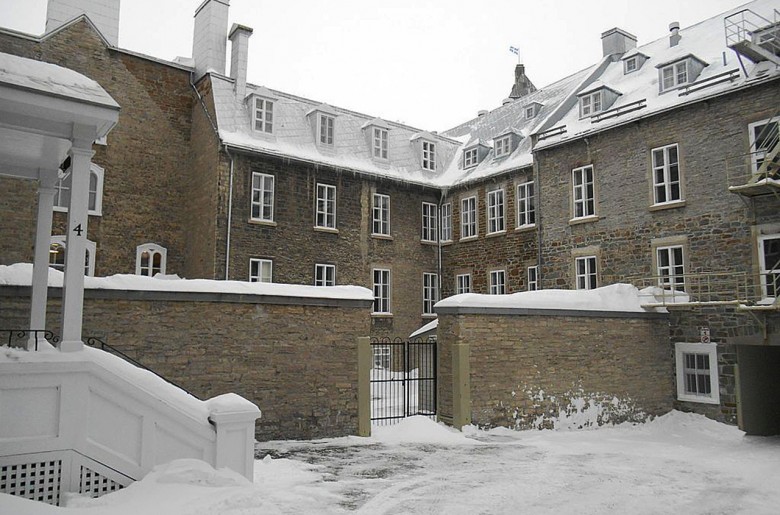 A corner of the main complex of the Ursuline Monastery. (photo: Jean Gagnon)

A casual visit to Old Québec might not immediately reveal the Ursuline Convent, although the complex is situated on almost three hectares of land. Like so much in Québec City, the convent somehow manages to be tucked away and hidden. The buildings are the largest 17th-century structures in Canada and some appear monumental, with soaring stone walls and gleaming silver dormers. Attached to the outer walls of this monastery is a simple 19th-century stone building that houses the Musée des Ursulines de Québec. 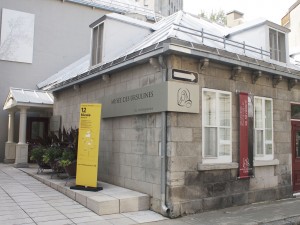 The Musée des Ursulines de Québec. Built on the foundations of the 18th century home of one of the monastery’s foundresses. 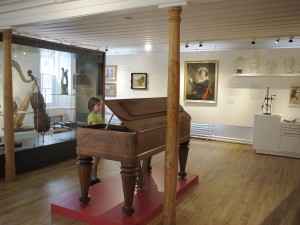 A young visitor inspects a 19th century pianoforte in the music room.

The foundress of the convent, Marie of the Incarnation, worked tirelessly in the conversion and education of local Aboriginal girls. Immensely accomplished, she wrote religious material and dictionaries in both Algonquin and Iroquois. The museum focuses on the daily activities of the 19th- and early 20th-century girls’ boarding school (the oldest girls’ school on the continent). No dark gallery of dusty antiques, this is a carefully curated, beautifully restrained and modern museum. The artifacts are featured on several floors according to theme, devoted to music, daily life or education and arranged in a mixture of open display, antique cabinetry and modern climate-controlled cases. The displays are carefully designed with lots of space in between, showing enough artifacts to provide history and atmosphere while never overwhelming the viewer. The few cabinets that were filled with numerous small items still appeared harmonious and attractive. 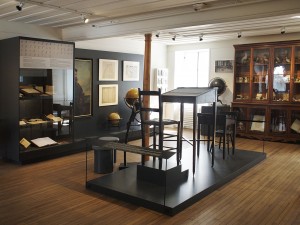 Desks, globes and specimens: the Ursuline sisters taught a lot of science. 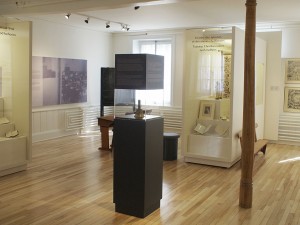 Inevitably, the girls had many lessons on religion, morality and how to be a good wife and mother.

The first floor covers the history of the convent and contains fascinating artifacts – some notable for their remarkable fragility. One has to admire a museum that allows such delicate items as 17th-century legal documents to be viewed under wholly reasonable lighting conditions—though it’s obvious that this is a professionally managed environment. For a substantially reduced admission price, one can choose to explore only this floor of the museum. 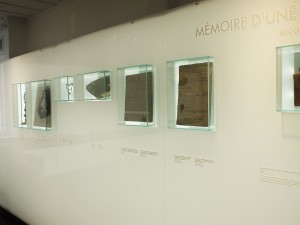 The main floor area, featuring the oldest and most fragile of the monastery’s artifacts. 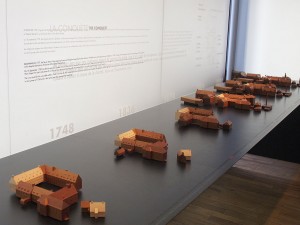 A series of hand-built architectural models showing the changes to the monastery complex over its 350 year history.

The remaining floors are sun-filled and airy. The most fascinating for me features an array of teaching implements, dominated by scientific items. I must admit that I was expecting embroidery and poetry and was unprepared for the depth of scientific education that the nuns provided for their young students. Among the desks, globes and books of the traditional schoolroom artifacts was a striking collection of astronomical devices, chemistry tools, zoological specimens and fossils. It’s reminiscent of a Victorian academic’s study. 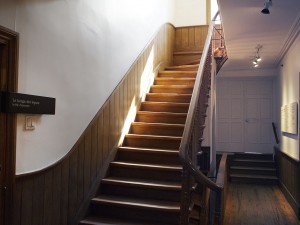 Many of the buildings’ original interiors are still prevalent. 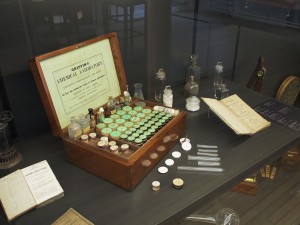 The museum was surprisingly rich in fascinating Victorian tools of science.

For the visitor exploring Old Québec, I would highly recommend this cheerful and professional little museum. It does a fine job of telling us the story of life at a Catholic boarding school as well as the history of a convent that is over three and a half centuries old. One should also see the magnificent chapel and take the convent walking tour. The complex represents a significant part of the story of New France and a glimpse into the ever-surprising depth of Canadian history. 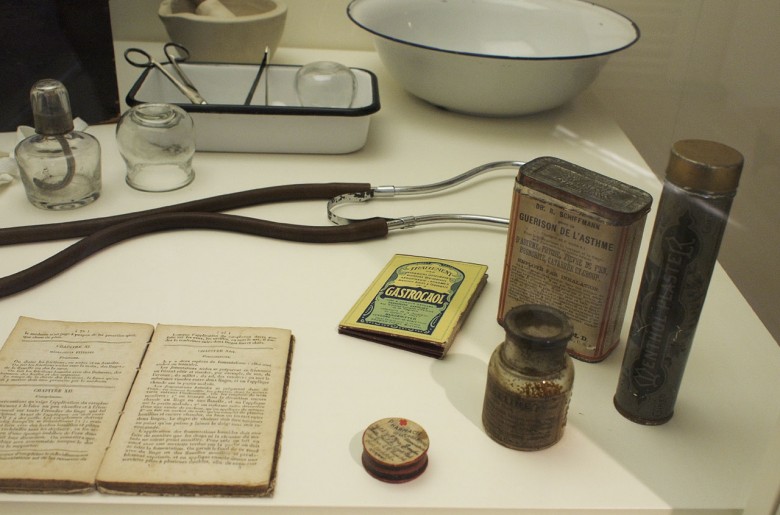 A case of items from the school’s doctor’s office.